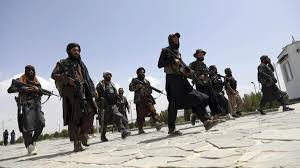 Taliban deputy minister of information and culture and the spokesperson Zabiullah Mujahid said that that, it is possible for the Afghan passports and national identity cards to have the name ‘Islamic Emirate of Afghanistan” on them”

In the mean time, the Islamic Emirate of Afghanistan has said that that the passports and NIDs issued by previous Afghan government will be valid for the time being.

Zabiullah Mujahid also said that, previous government’s documents are still legitimate and valid in the country, only those who have completed their biometrics can have their passports and NIDs in Afghanistan, as passports and NIDs department are currently closed.

Earlier on September 16, people gathered in large numbers outside Kabul’s passport office, saying that they need to go overseas for medical treatment for their family members and relatives.

Taliban took over Afghanistan on August 15th, and have made many changes since then. The ministry dealing with women welfare was replaced by a ministry banning women has been opened. Girls are not allowed for their secondary level education. Once again in the country, punishments are being given at public places. The ministry itself ordered for such harsh punishments. Just a day before on Saturday, a journalist was killed and his body was hanged by a crane in Herat city.

Citizens who have been living in the country are fearful for their safety, especially since the western powers’ evacuation missions have been ended.