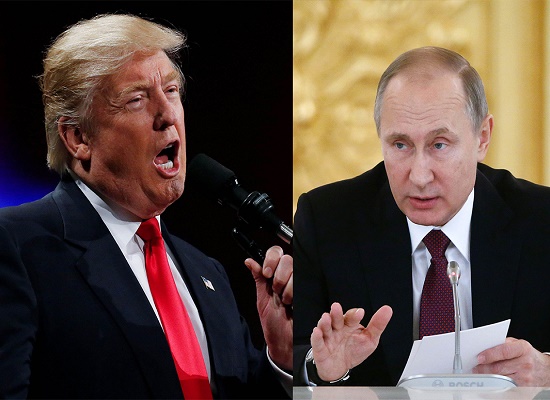 By Kenneth Tiven in Washington

US President-elect Donald Trump has zero experience in his adult life with management by consensus, which underpins most democratic societies. He is more at home as the Oligarch, the Owner, the Bestower. In this respect, he has not attempted to minimize his respect for Russian President Vladimir Putin as an authoritarian leader. Trump claimed Putin was a better leader than President Barack Obama, and I am sure he believes that. During the Cold War, the US and the Soviet Union engaged in a great deal of spying on each other. The U-2 spy plane the Russians shot down was a victory for them. The technical expertise involved in American navy submarines parking over undersea cables near Vladivostok in southern Siberia recording all naval communications between the pacific command and Moscow was unknown to the Russians. Similarly, undersea spying revealed how Russia quieted its Juliette class diesel submarines, a discovery that led to catching an American spying for Russia, James Walker.

That the internet makes electronic spying a more obvious choice for effort is not a surprise. The surprise is that Trump believes he can cast enough doubt about the conclusion of the intelligence agencies to make the matter go away. That it has happened is believed conclusively proven by the intelligence agencies, who are not about to give away how they know it. Trump can believe if he wants that it made no difference in the election. But he is missing an essential point: all intelligence is information, but not all information is intelligence. If it hasn’t been analyzed, processed or exploited in some form, information is not intelligence. That’s the function of intelligence organisations — to task, collect, process, exploit and disseminate information that then becomes useful due to its timeliness, accuracy and relevancy to whatever operation it is in regards to (and is because of this process now deemed classified information). This is before considering if the information was hacked. The election is over and Trump is now about to be the leader of the free world. His behavior in this matter suggests to many people and leaders around the globe that he is ill-suited to deal with authoritarian leadership in nations that want to see the US slip into second-rate status in the global community.

Professional political leadership in the US and Russia makes it their business to know a great deal about each other and their people. Imagine the surprise in the Kremlin in the summer of 2015 when the Trump phenomenon began to play in the ultra-long American presidential process. One should not underplay the skill and depth of research in both capital cities when it comes to knowing things. Facts are more important than ideology. We should assume that within a day or two of asking about Trump,  Vladimir Putin would have a list of every visit Trump ever made to Russia or a former Soviet satellite nation and with whom he has business dealings. Incidentally, Trump is married to a Slovenian woman, Melania. Google might have supplied some facts they did not know about his financial problems and debts, his business having become largely as a licensor of his “rich and terrific” name for buildings.

Although many revelations and some revulsion with Trump’s tweets seemed to not make an impression on a block of American voters, the reaction at the Kremlin was probably different. This is not an ordinary American politician, Putin must have thought. And research supported the notion that he was that special kind of capitalist–not just arrogant but claiming to be rich when in truth he was carrying as much as a billion dollars in debt and not paying US taxes. Vladimir Putin, as with Trump, sees opportunity where most would see conflict. How much does he owe “us”, Putin might have asked, meaning Russian oligarchs always eager to launder money offshore.

We know in his own words and in his ghost-written books that Donald Trump has spent his adult life bullying his way to notoriety in New York City real estate circles as a man of taste, wisdom and business success. In a stream of self-delivered superlatives, he has generally managed to blame his bankruptcies on others or circumstances beyond his control. His long involvement with politicians in New York City had been agnostic. He’d demand tax abatements and zoning favours from whoever was in office. After the election of Barack Obama, Trump took an unexpected interest in the issue of Obama’s birth in Hawaii. In short order, he made himself head birther (in American politics, a birther is a believer that Obama was not born in that country, and therefore, ineligible for presidency). President Obama ridiculed him at a Washington dinner in 2013.

But the failure of his over-reaching efforts in gambling casinos made it harder to do real estate deals. Few American banks would loan to him. Most of his borrowings, reported by Forbes magazine and others, have been with European banks and Russian oligarchs awash in dollars. What better way to avenge the Obama slights than to claim that job? Building on the animosities that underpinned the birther and Tea Party movements, Trump expanded his target to include immigrants, especially Mexicans. He bullied and ridiculed the other 16 Republican candidates to win the primaries with less than 50 percent of the vote. In the presidential race, he didn’t get 50 percent either. But in the seemingly arcane nature of 240-year-old US election rules, he still won the presidency.

The writer has been a journalist in American media for more than 50 years, including stints at The Washington Post, TV network news with NBC, ABC and CNN and was involved in the start up of Aaj Tak and continues to work with several Indian news channels

By Sambhav Sharma Bihar will be voting in the first phase of elections on October 28 under the...
Read more
Load more