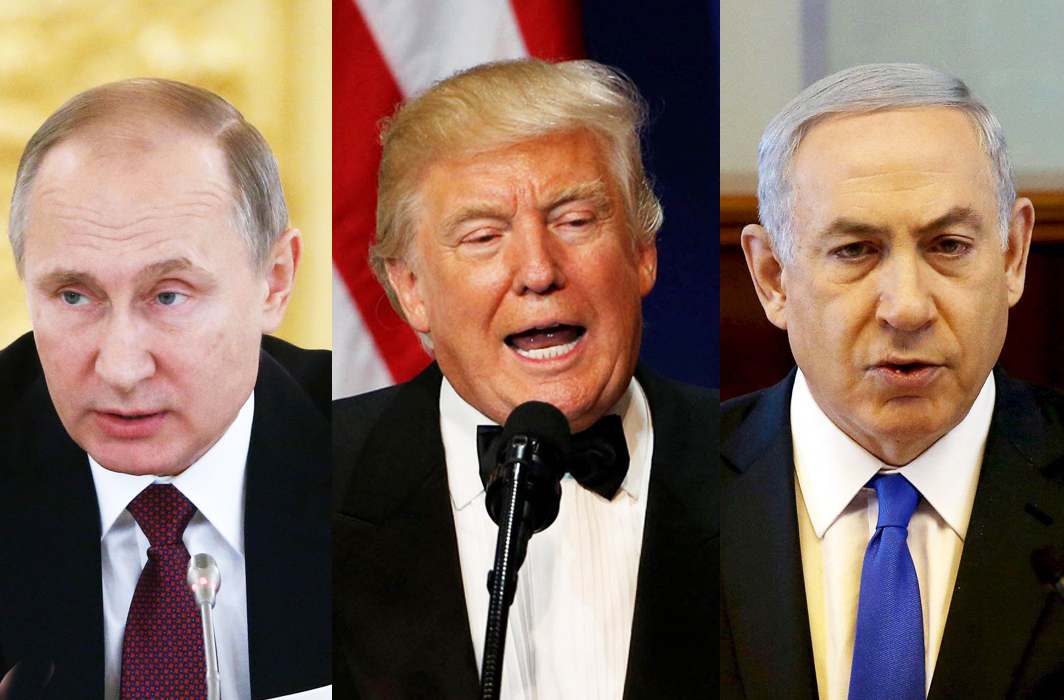 Cool towards new friends while strong-arming frenemies, the US president’s first fortnight is a study in contradictory decision-making

Here are some weird weekend vignettes from the US of A.

The White House released a statement on February 2, saying: “While we don’t believe the existence of settlements is an impediment to peace, the construction of new settlements or the expansion of existing settlements beyond the current borders may not be helpful.”

White House spokesman Sean Spicer added: “The Trump administration has not taken an official position on settlement activity and looks forward to continuing discussions, including with Prime Minister (Benjamin) Netanyahu when he visits with President Trump later this month.”

There has been a combined gulp of disbelief within the American borders, while Danny Danon, Israel’s ambassador to the UN, has been careful in what he had to say. He reportedly told Israel Radio: “It’s too early to tell… I would not categorise this as a U-turn by the US administration but the issue is clearly on their agenda… the issue will be discussed when the prime minister (Netanyahu) meets the president in Washington. We will not always agree on everything.”

Fair enough. But, wait, there is more, and it has nothing to do with Trump aide Kellyanne Conway’s obtuse reference to an imaginary “Bowling Green massacre” in Kentucky where many people who did not die apparently didn’t even get  mentioned in the national media because it just “did not cover” this non-incident. Of course, Conway apologised later for her imagination run awry, but we are here to talk more important things that Trump has done.

Yes, the other incident, that did actually happen, has to do with Trump’s new buddy-buddy, Vladimir Putin, the Russian chief executive. This was the other massive combined “gulp” incident.

US ambassador to the UN, Nikki Haley, was giving her inaugural statement when she went ahead and condemned Russian aggression in Ukraine. America’s far rightist electorate was aghast. How is this India-origin ex Governor of South Carolina making such sacrilegious statements?

Said Haley: “I consider it unfortunate that the occasion of my first appearance is one in which I must condemn the aggressive actions of Russia. It is unfortunate because it is a replay of too many instances over many years in which United States representatives have had to do that.”

Mind this, The New York Post’s observation is that this comment might actually improve the image of Trump.

Haley warned, it has been reported, saying: “This escalation of violence must stop. The United States stands with the people of Ukraine who have suffered for nearly three years under Russian occupation and military intervention.”

Hmm. So that was a weird weekend, right? Hold it, that isn’t all. Trump became Trump again in issuing another order through which he slapped sanctions on Iran over its missile test. The signals are so mixed, even the die-hard Trump follower would be left scratching his/her White Supremacist head.

That too happened on February 3.

Technically, this has nothing o do with the nuclear treaty with Iran that the Barack Obama administration so meticulously put together and Trump criticised. This was to purportedly “mark a more aggressive approach by the Trump administration to counter Tehran’s ballistic missile development and support for militant groups across the Middle East,” as USA Today put it.

The daily asked and answered some key questions. First question it handled was the timing.

Regarding last Sunday’s missile test by Iran, the daily quoted a senior administration official: “The sanctions are initial steps to retaliate for provocative actions that violate regional norms.” Interestingly, the daily points out that the official was speaking anonymously, because he “was not authorized to speak publicly on the subject.”

The daily then came to the critical question. Could all this lead to yet another war? Guess the reading from the Trump side? In the 1988 Iran-Iraq war, when the US took Iraq’s side Iran supposedly developed weak knees and negotiated peace. And the reading was also that Iran was made to sit at the negotiating table regarding the nuclear deal when it was scared the US would invade it, because there was now the precedent of the US having already invaded Iraq.

Without going into the after-effects of the George Bush-led misadventure with the “The Axis of Evil”, one must realise that the first two actions do clash with this one. How’s that?

Of course, Trump had already signed the executive order banning the entry of refugees and even visa holders from seven Muslim countries. That had already created a massive uproar with several federal courts simply rejecting the order.

Are you counting? That’s 2-2 actually. Two against and two self-goals.

Phew! That was some crazy week at office. So Trump takes off for his first presidential holiday, in the weekend. While you are reading this, he is relaxing with family and acolytes at Mar-a-Lago, Palm Beach. A fortnight at his job and he is tired.