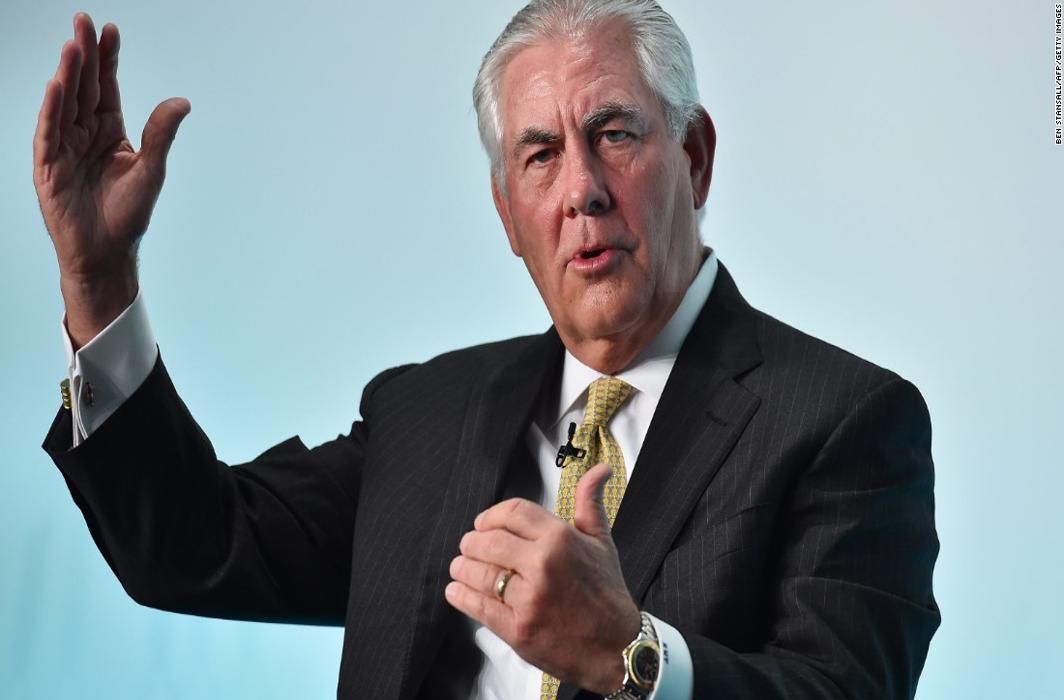 The Donald Trump administration is regularly being haunted with the investigation on Russian alleged involvement in 2016 presidential elections. Defusing the otherwise perception, US Secretary of State Rex Tillerson has claimed that the ongoing investigation had no impact on his work with overseas counterparts.

This came after Donald Trump’s series of tweets around New Year hitting Steve Banon for his yet to be released book “Fire and Fury inside the Trump White House”. Banon called the meeting between Trump Jr. with Russians as “treasonous”. Banon was the key advisor for Donald Trump during election campaign.

Tillerson took a different position then President Trump on the issue of investigation on Russian links. While talking to Elise Labott of CNN on Friday, Secretary of State Rex Tillerson said, “It has had no impact, I’ll say that it’s had none.”

Last month New York Times quoted US President Donald Trump saying that the investigation “makes the country look very bad, and it puts the country in a very bad position.”

Tillerson elaborated: “It never comes up in our conversations or in my bilats or my dialogues with world leaders elsewhere.”

He further said, “The domestic issues around the Russia involvement in our elections are not part of our dialogue elsewhere. I think the rest of the world recognizes it is a domestic issue, it’s an important one.”

Tillerson discussed the challenges of the US relationship with Russia on several issues. Trump has been arguing for improved relations with Moscow in places like Syria, but Russian actions in Ukraine along with its interference in the US election.

Tillerson further said,”It has been a difficult year with Russia,” Tillerson said. “I’ve said clearly, the president stated clearly, our two nations should have a more productive relationship. Today it’s very strained for all reasons that I think the American people well understand.”

Despite that, Tillerson said, “we have maintained a constant engagement with Russia, very active engagement.” The two sides focus on areas where they can and do cooperate — Syria and the fight against ISIS, creating stability in Eastern Europe, and treaty talks on arms control.

He added that he’s made plain to Foreign Minister Sergey Lavrov what Russia must to do improve relations between the US and Russia.

The Indian Navy is the naval arm of the Indian Armed Forces, and its Commander-in-Chief is the President of India. Read to know the theme, significance and history of Indian Navy Day 2021.
Read more