Home Latest india news TN minister’s shocker: We all lied about Amma’s health, no one saw... 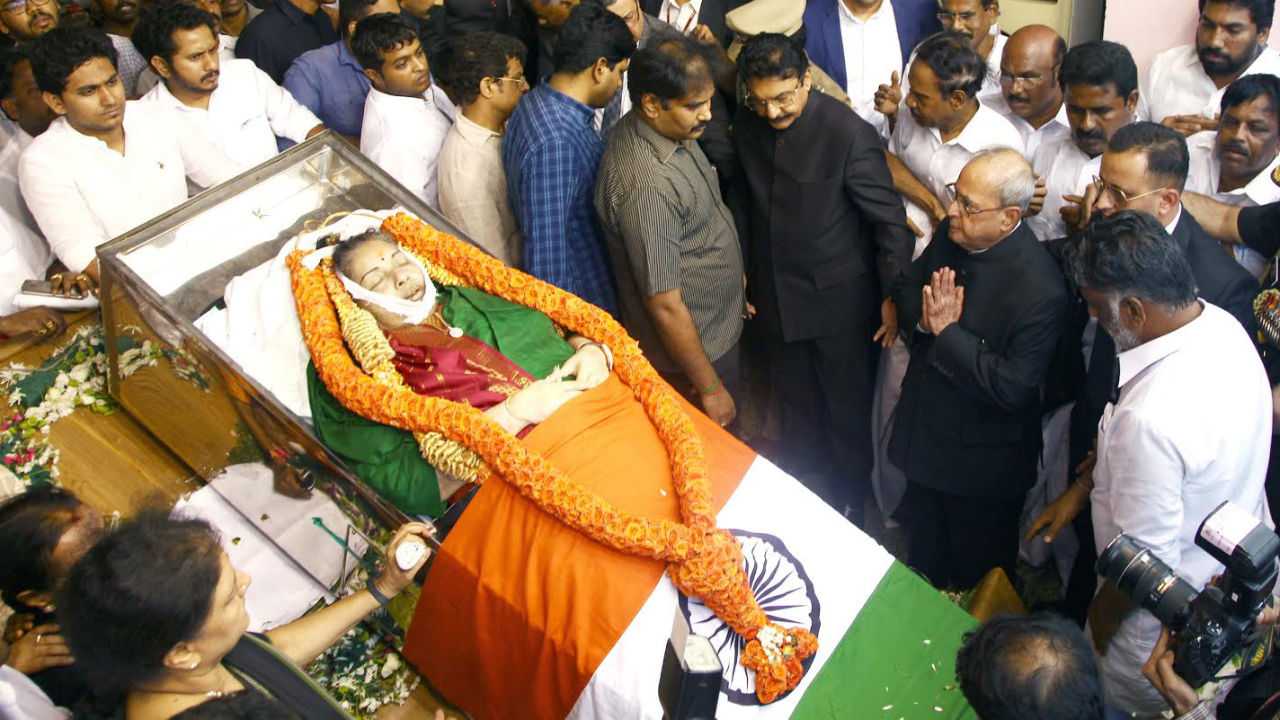 Exactly a year after Jayalalithaa was hospitalized before her death that came 75-days later, Tamil Nadu forest minister Dindigul Sreenivasan apologises to people for misleading them on Amma’s health condition

Late on the night of September 22, 2016, then Tamil Nadu chief minister J Jayalalithaa was admitted to Chennai’s Apollo Hospital after complaining of fever and dehydration.

Then, after 75-days of intense suspense and mystery over her condition, the AIADMK chief was declared dead; sinking the state she had led as chief minister for 14 years spread over six terms into a pall of mourning. In the days that followed, Jayalalithaa’s closest aides – VK Sasikala, O Panneerselvam and Edappadi Palaniswami – got into an intense and often abusive battle to claim her legacy; a fight that nearly 10 months after her demise is still on.

On Friday, exactly a year after Jayalalithaa was wheeled into the Apollo Hospital, her loyalist and the state’s forest minister Dindigul Sreenivasan made a startling claim that adds a new twist to the AIADMK chief’s death.

Addressing a public meeting in Chennai, Sreenivasan apologised to the people of Tamil Nadu for misleading them over Jayalalithaa’s death, claiming that no political leader – including then acting chief minister O Panneerselvam (OPS) – was allowed by Amma’s family members and closest aide, VK Sasikala, to see her in the hospital.

Sreenivasan was referring to the several claims made by OPS, his ministerial colleagues in Tamil Nadu and various AIADMK functionaries during the time when Jayalalithaa was in hospital – each of whom claimed to have paid her a visit in the hospital and many who gave media bytes about her condition, what she enquired about or what she ate.

“The claims made by us that she ate idlis in hospital were a total lie, because none of the ministers were allowed to meet her in the hospital and none of us knew the reality,” Sreenivasan said, adding: “There were several leaders who visited the hospital, but all of them were allowed only up to the first floor. Beyond that no one was allowed. All were made to sit on chairs or on the floor and after a chat left. Nobody saw Amma”.

The forest minister, who had once criticised OPS for seeking a probe into Amma’s death, claimed that even Tamil Nadu Governor C Vidyasagar Rao and other dignitaries who arrived at the hospital to enquire about the AIADMK chief’s condition were stopped much before her room. “We all lied then so that the party’s secret did not get leaked,” he confessed.

“The family did not allow anybody near Amma during her hospitalisation. They alone know how Amma died and they are responsible,” said Sreenivasan, in a comment that is now expected to put renewed focus on rumours that Jayalalithaa’s death was not ‘natural’ and that her family members or the jailed Sasikala – who took over as the party’s general secretary after Jayalalithaa’s death and even attempted to stage a coup and become chief minister – may have had a role to play in the AIADMK chief’s demise.