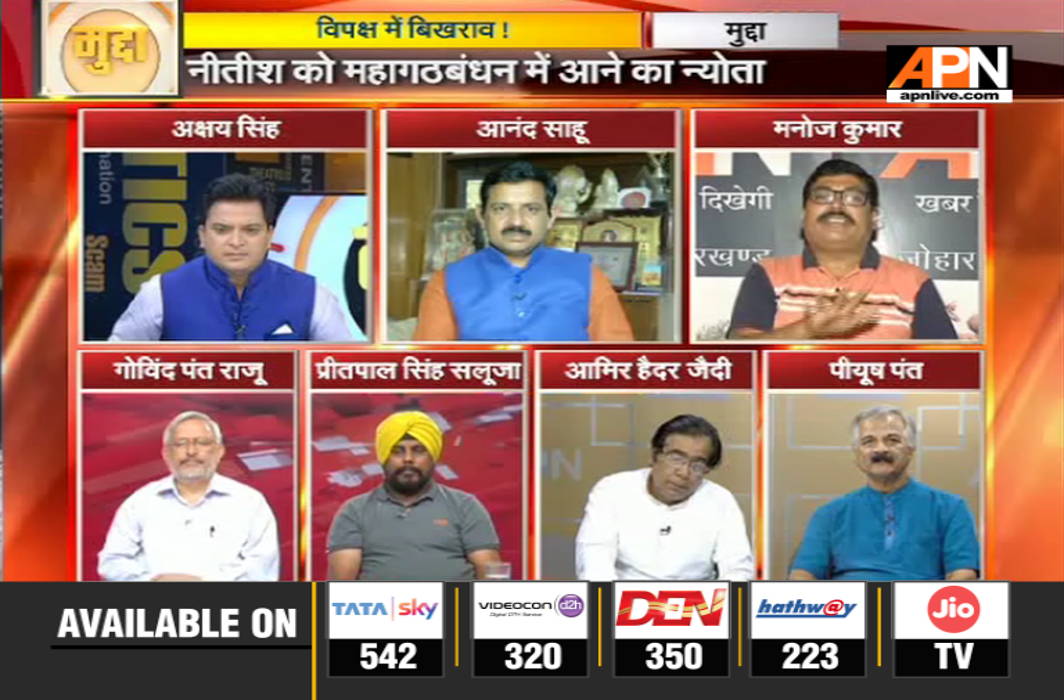 Pant said: “The grand alliance is a big challenge to the opposition parties. There are too many players and parties. The biggest stumbling block is that all parties want to play the leadership role. Akhilesh Yadav has hinted that his party may go alone. However, what unites them all together is the desire to oust the BJP.”

Zaidi said: “The RSS is playing through the BJP and AAP. They are both sides of the same coin. Kejriwal is assuming a role bigger than his shoes.”

Kumar said: “It is natural for there to be problems before a grand alliance can be stitched together. It is too early to say who will be the leader of the grand alliance.”

Sahu said: “NDA has a leader and a vision. It is committed to wiping out corruption. Opposition does not have a leader.”

When Akshay pointed out that the BJP too is facing problems with allies, Sahu said: “Our alliance will become bigger.”

Waghmare said: “Whenever there has been a grand alliance in the country, the leader has always been from the party that wins the maximum seats. Since Congress is one of the largest parties, the leader shall be from the Congress. BJP’s allies are leaving. Chandrababu Naidu already has left the BJP. Many others do not approve of Modi’s way of functioning.”

Raju said: “It would be good if the leader can be decided at the start. The Congress is weak in UP, Bihar and southern states. It is no longer the Congress of yore, so how can they assume that the leader will be from the Congress alone. Why can’t Mamata or Mayawati assume that they should be PM? Instead of claiming that the opposition grand alliance will not be formed, BJP should focus on doing good work.”

Zaidi said: “Raju is right, Congress is a weak party. It should climb down from its high position.”

Taking on the onus of defending AAP, Saluja said: “Kejriwal is fighting aam admi’s war in Delhi. AAP is strong in Punjab. It’s not just confined to Delhi.”

When Kumar said that Congress should not have approached Nitish Kumar, Waghmare said it is Congress’s belief that like-minded parties should be together.

Raju said: “The Congress is compelled to talk to Nitish Kumar. In any case, Nitish Kumar’s ideology is not too different from other parties. It is part of coalition politics to hold hands with all parties. Kejriwal should have gone for the CM’s meeting at NITI Aayog, and put forward Delhi’s demands, just as Chandrababu did for his state.”

Waghmare said:”In 2019, Modi will be in the opposition. The public has realised that let alone five years, Modi will not be able to do anything in fifty years too.”