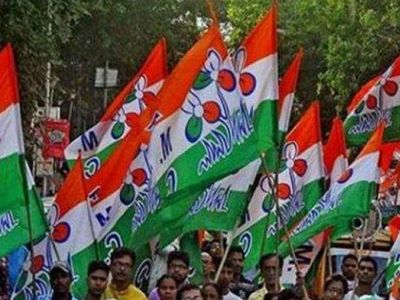 Trinamoolsupporters on Saturday showed red flags to the Rebel MP Sunil Mondal in Kolkatawhen he was arriving at the BJP office in Hastings for a felicitation programme. The party workers chanted slogans and one person even threw himself infront of the MP’s vehicle. Mondal had joined the BJP in the presence of Amit Shah on December 19.

The brief commotion was over in a few moments but the area was tense. Rebel Trinamool leaders who joined BJP last Saturday in the presence of Union Home Minister Amit Shah during his West Bengal visit, are at the NJP office today for a felicitation programme.

BJP leader Jay Prakash Majumdar said these tactics by the Trinamool to suppress the BJP would fail. The BJP is investing a lot of time and resources in the state ahead of the Assembly polls next year. The BJP’s target is to win 200 seats in the elections and replace the Mamata Banerjee’s Trinamool Congress from power.