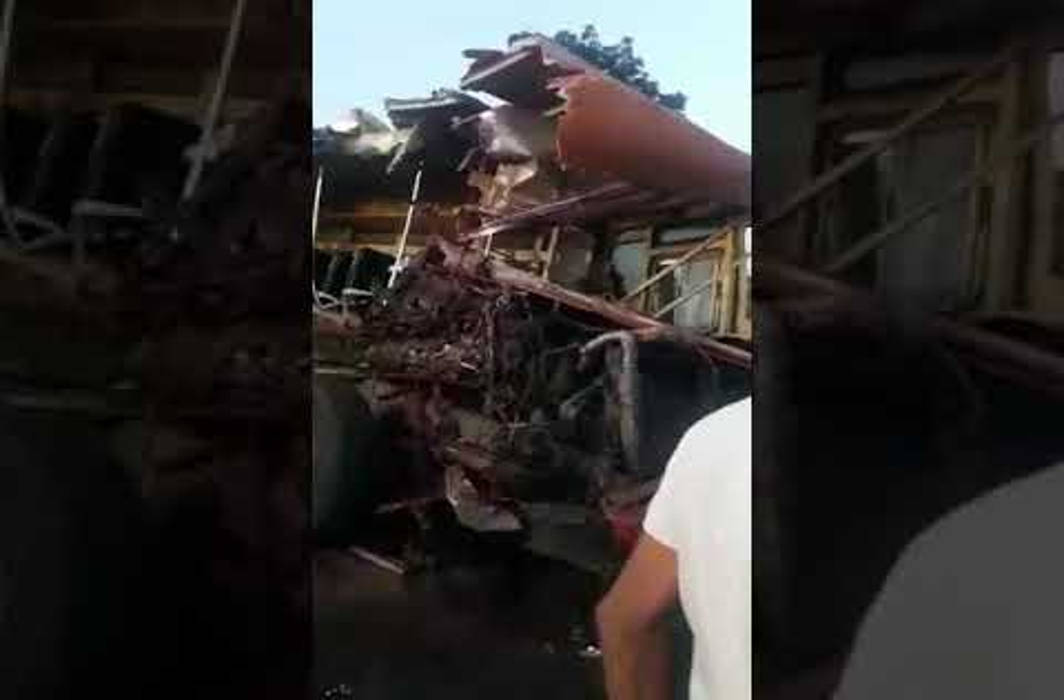 15 people, including two women and two children died and more than 35 were injured when a truck collided with a bus in Dhule district of Maharashtra on Sunday night (August 18), a police official said on Monday (August 19).

The state-run bus was on its way from Aurangabad to Shahada when the collision took place.

The accident took place around 10.30 pm on Sunday (August 18) near Neemgul village on Shahada-Dondaicha road, according to Dhule Control Room official AL Patil.

The truck driver lost control over the wheels following which the vehicle collided with the bus, the official added.

According to visuals shared by news agency ANI, a part of the bus was ripped off in the crash.

The truck overturned and was badly damaged due to the intensity of the collision.

The drivers of both the vehicles are reported to have died on the spot.  It is not yet clear how many people were on board the bus.

The injured persons were undergoing treatment at two local government hospitals where the condition of three of them was reported to be serious, the official said. Number of deaths in the crash is likely to increase.

A case of accidental death was registered. The kin of the deceased were informed and the process was on to hand them over the bodies after the post-mortem, he added.