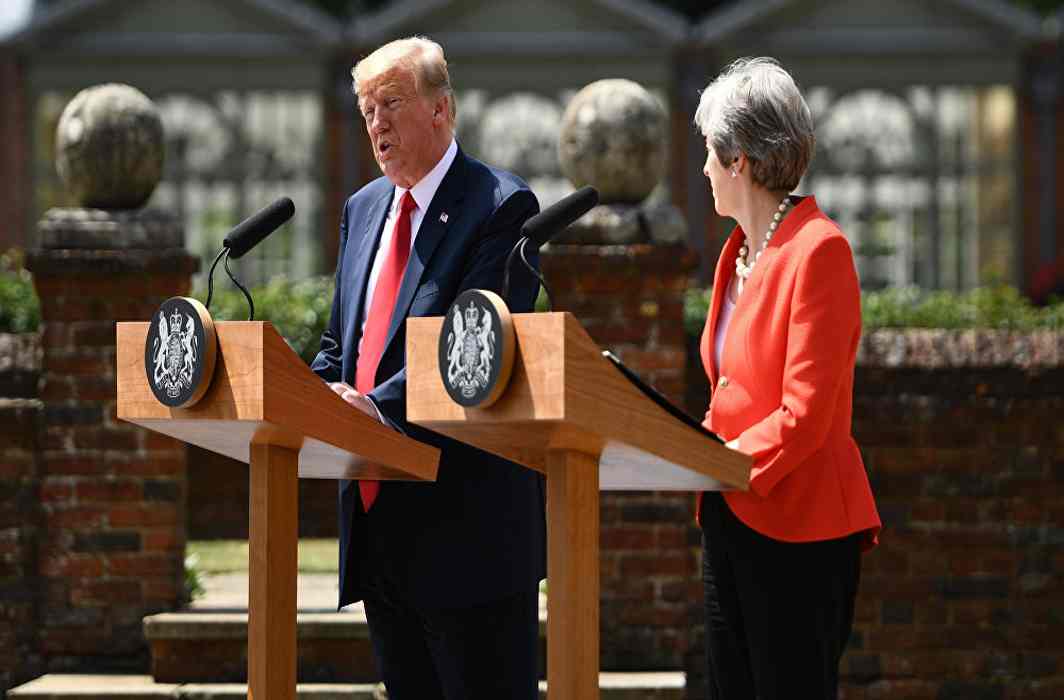 In another indication of Trump’s way of functioning and decision making, British Prime Minister Theresa May has revealed that US President Donald Trump has suggested her last week that she should sue the EU instead of going into Brexit negotiations.

While responding to a question during BBC’s Andrew Marr Show, Theresa May said “He told me to sue the EU. Not go into negotiations, sue them.”

Prime  Minister Theresa May laughed off the US President’s legal action suggestion, but added: “interestingly, what the president also said at the press conference was “don’t walk away”.

Trump’s suggestion during his UK visit followed an interview he gave The Sun, a UK tabloid newspaper, in which he criticized May for not taking his advice on Brexit.

US President said on Friday at a joint press conference in London that he had given Mrs. May a suggestion-but she had found it “too brutal”.

He was blunt in tweet message saying, “I had to think who I wanted to see in the mirror for the rest of my life”.

Prime Minister Theresa May defended her Brixit blueprint on the Andrew Marr show saying that it would allow the UK to strike trade deals with other nations, end free movement of people, and end the jurisdiction of European Court of Justice.

According to BBC, a white paper was published on Thursday that flashed out details of her plan, which advocates close links with the EU on trade in gppds, but not services.

However, during an interview with CBS, US President Donald Trump declined to spell out his advice to Mrs May had been saying, “May be she’ll take it, it’s something she could do if she wanted to.

Trump was seen embarrassing CNN journalist during press briefing with Theresa May by declining to answer his question. He said, “CNN is fake news. I don’t take question from CNN.”  In the same breath he appreciated Fox News as a “real network”.