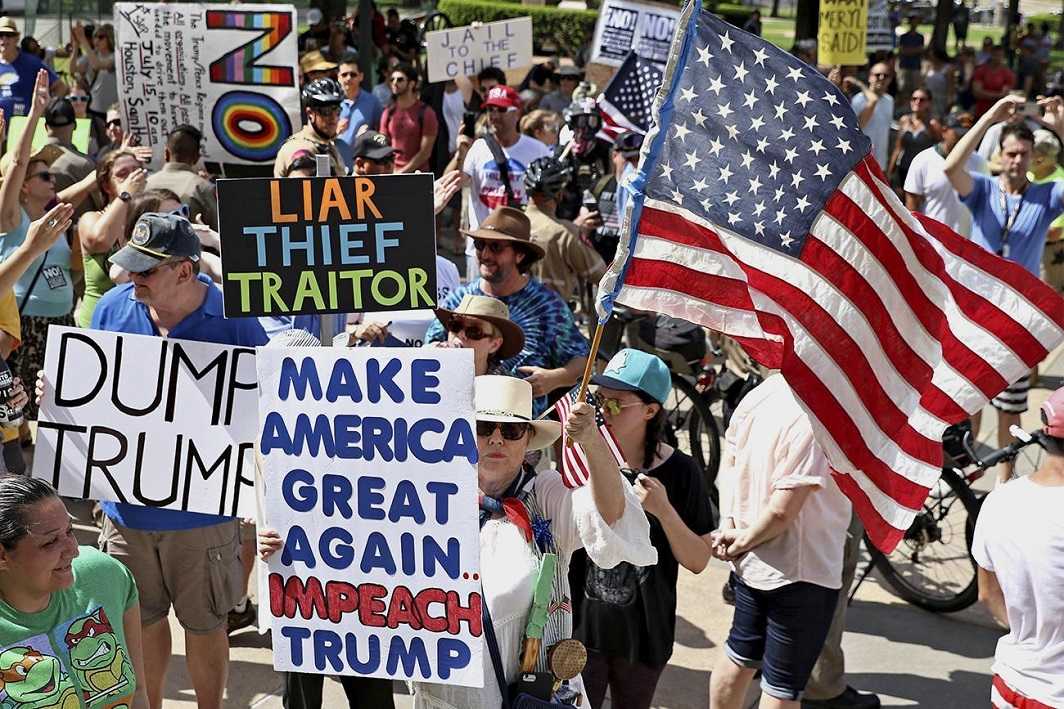 People demand “lock him up”

Having embarrassed time and again on the conspicuous contacts between his campaign team and Russian establishment, President Donald Trump faced nation-wide protests demanding his impeachment on Sunday. Huge number of participants spent their morning hours to oppose President who they elected to occupy White House. Trump took oath of office and secrecy on January 20 this year.

Thousands of protesters hoisted signs branding President an “illegitimate, corrupt, puppet” and chanted “lock him up” at the largest march in Los Angeles, on the western coast. Some ten thousand people participated in the demonstration.  Protesters carried a black coffin with red, white and blue flowers with visible inscription “The Presidency 1789-2017.”

Brad Sherman, a Democrat Member of House of Representatives, called Trump to face impeachment saying “We have to act now to protect our country from abuse of power and impulsive, ignorant incompetence.” On July 13, Sherman introduced an article of impeachment in the Congress against Trump accusing him of obstructing justice during the federal investigation of Russia’s alleged interference in the 2016 election.

The enthusiastic protesters cheered and chanted “lock him up” when Sherman accused President of attempting to thwart an FBI investigation into the sacked National Security Advisor Micheal Flynn’s links to Russia.

Smaller protests were organized in 45 other cities. The organizers of the protests claim that Donald Trump had violated the US constitution and obstructed justice.