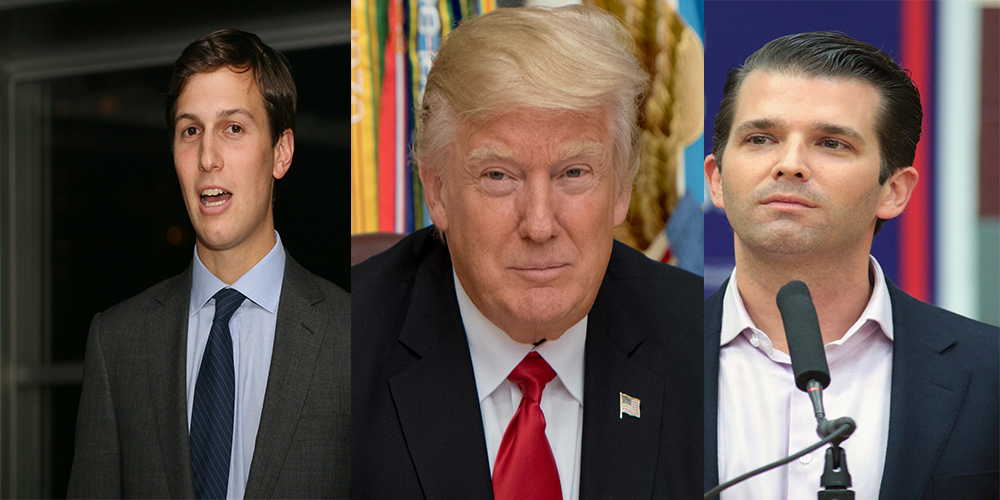 President’s trouble may continue for long

Relations with Russia seem to keep haunting US President Donald Trump. After Former FBI Director James Comey’s testimony before the Senate Intelligence Committee about Trump pressurizing to drop investigation into former National Security Advisor Michael Flynn’s links with Kremlin, a new trouble has come from his own family.

Kushner says that the lawyer in question promised to reveal damaging material on Hillary Clinton, the Democrat nominee for occupying White House. However, he insists that she had provided “no meaningful information”.

Donald Trump Jr. said in a statement to CNN said that the meeting was set up by an acquaintance he knew from 2013 Miss Universe pageant, which was held in a suburb of Moscow. He said that he was not given the person’s name beforehand. Trump Jr. also said he invited Jared Kushner and then campaign chairman Paul Manafort to attend the meeting, but “told them nothing of substance.”

Veselnitskaya was reportedly running a group seeking removal of Moscow’s ban on adoption of Russian children by the US citizens. For a while she discussed other issues and her agenda became clear when she sought to repeal the adoption law. The meeting lasted 20 to 30 minutes.

He asserted that “As it ended, my acquaintance apologized for taking up or time. That was the end of it and there was no further contact or follow-up of any kind. My father knew nothing of the meeting or these events.”

New York Times says that it was the first known meeting of several of the senior most members of Trump’s team and a Russian national during the campaign.

CNN, which is generally called as Fake News Network by US President Donald Trump, reached out to Veselnitskaya, whose comments to NYT conflict with Trump Jr.’s account for their meeting. She said, “Nothing at all was discussed about presidential campaign. I have never acted on behalf of Russian government and have never discussed any of these matters with any representative of the Russian government.”

According to Kushner’s lawyer Jamie Gorlick, his client disclosed about the meeting with Russian lawyer in a revised document he submitted to obtain security clearance for his White House job as a senior advisor to the President.