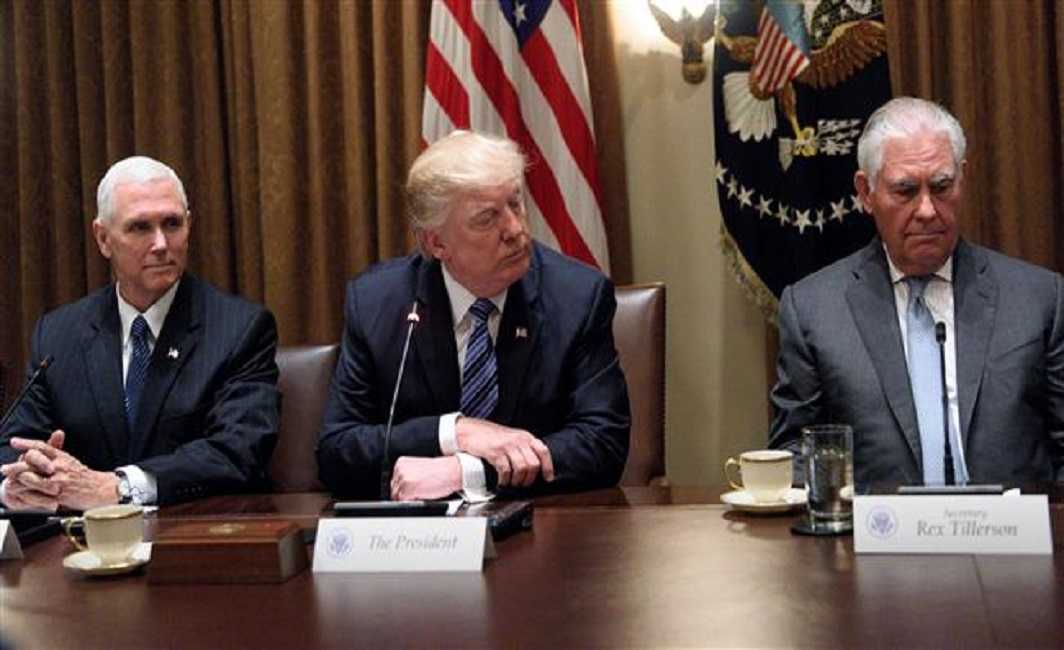 In a major shift, President Donald Trump has backed away from his campaign promise to scrap nuclear deal with Iran, signed by five permanent members of the UN Security Council and Germany in July 2015. The officials in Washington have announced on Monday that the agreement and related sanctions relief will stay in place for now.

During the election campaign, Trump had, on several occasions, denounced the Iran nuclear deal and promised to renegotiate it and get tough on Iran. Under the agreement Iran has scaled back production of nuke making material in return for massive sanction relief. US and its allies ran huge campaign blaming Iran of running its nuclear program towards making nuclear bomb. However, Iran denied of such intention, saying Tehran will use the nuclear power for peaceful purposes.

The administration faced a new congressional deadline on Monday to say whether Iran has curbed its nuclear weapons program in accordance with the accord. This was the second time Trump administration has certified Iran’s compliance of the deal. It has to certify to Congress every 90 days that Iran is complying with the deal, which was brokered two years ago by President Barack Obama’s administration.

However, Washington has coupled its certification to Iran’s compliance with a blistering critique of Iran’s non-nuclear activities, saying Iran is “unquestionably in default of the spirit” of the deal.

New York Times reported on Monday that President Trump agreed to recertify Iranian compliance after an hour-long heated debate with his top aides and after he received “the consensus recommendation of his national security team.”

According to CNN, three senior officials told reporters on Monday that they the administration was exploring ways to strengthen enforcement of the deal, known as Joint Comprehensive Plan of Action (JCPA) by working with allies to interpret its provisions more stringently.

However, Reuters, citing unnamed sources, has reported that “new economic sanctions against Iran were being prepared (by the US) over its ballistic missile program and for contributing to regional tensions.”

Meanwhile, Iran’s foreign Minister Mohammad Javad Zarif said on Monday that Iran has received “contradictory signals” from the Trump administration and confirmed that he has had no contact with his American counterpart Rex Tillerson.

He clearly communicated that Iran’s compliance with the nuclear deal is “straight forward” and “black and white” and questioned if US authorities were dragging their feet in an effort o keep companies out of Iranian market.

The UN and European Union (EU) have warned that US could not unilaterally rescind the multilateral agreement. They regard the deal as a triumph for diplomacy and a major contributing factor for regional and international peace and stability.