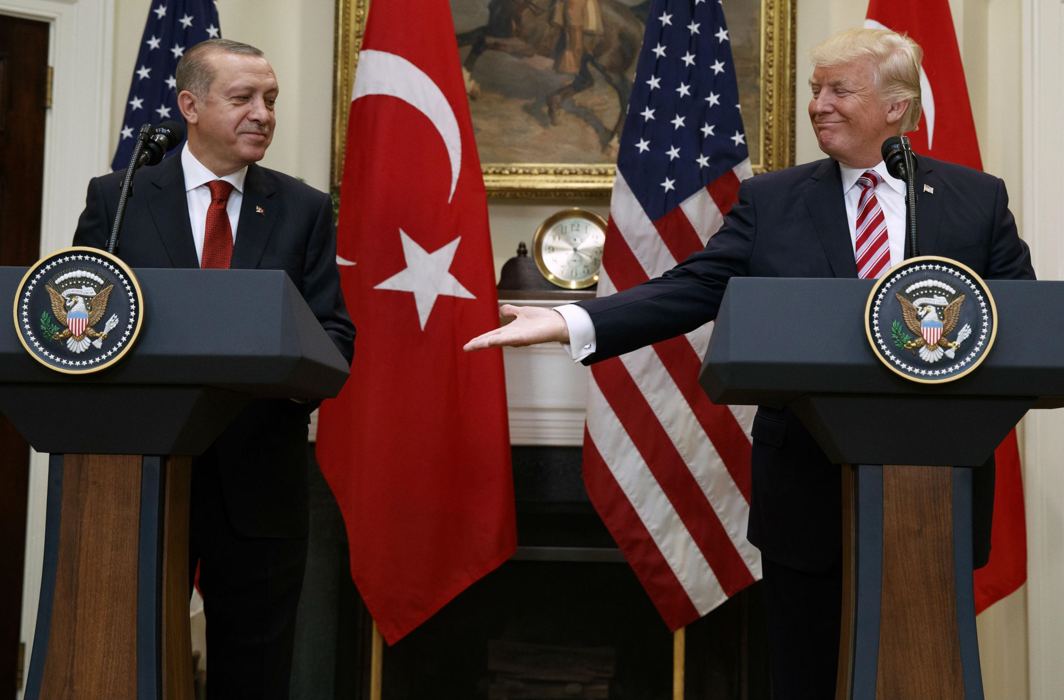 Another setback to US plans in Middle East

In a major development in the Middle East, Turkish army has launched new strikes against the Kurdish People’s Protection Units (YPG) militia in northern Syria on Saturday. US had recently announced its plan to raise 30,000- strong army with Syrian Kurds associated with YPG, linked to the outlawed Turkish Kurdistan Workers Party (PKK).

According to Saudi Arabia based Al-Arabia network, The Turkish  army said it hit in “legitimate self defense” camps and refuges used by the YPG in response to fire coming from the Afrin region controlled by the militia group,, which Turkey considers it  to be a terror organization.

Turkish President Recep Tayyip Erdogan, on Wednesday, condemned establishment of Border Security Force (BSF) and called it a “terror army”. He was quoted saying, “Tomorrow, (or) the day after, (or) within a short period, we will get rid of terror nests one-by-one in Syria starting with Afrin and Manbij” in northern Syria.

According to Ankara based Hurriyet Daily News, Defence Minister Nurettin Canikli, while talking to A Haber, a private broadcaster, on Friday morning said that Turkey will carry out military operation in northeastern Syria.

Referring to an anticipated operation against YPG in Afrin, Canikli said, “The threat level against Turkey is increasing day by day. This operation will be carried out and we will combat terrorism.”

At one point during the interview, Cankili said that “operation has already started de facto” with artillery fire from the Turkish border.

People’s Protection Units (YPG) of Syria is seen by Ankara as a group linked to the outlawed Kurdistan Workers’ Party (PKK). Kurds spread in four countries; including Iran, Iraq, Syria and Turkey have been demanding separate country. Iraqi Kurds’ plan was shelved recently when Baghdad rejected their referendum.

On Wednesday, Secretary of State Rex Tillerson, while addressing at Hoover Institution at Stanford University, San Francisco, said that American troops will remain in Syria long after fight against IS to ensure that “neither Iran nor President Bashar al-Assad of Syria” take over areas that have been nearly liberated with the help of US.

Turkey and Syria have been opposing US military presence in Syria for supporting separatist Kurds. US forces are stationed in Russia without Damascus invitation or UN mandate.

On Thursday, US State Department spokeswomen Heather Nauert urged Turkey not to take any action in northern Syria and called on Ankara to remain focused on the fight against Daesh (IS). Such moves would undermine regional stability and would not help protect Turkey’s border security.

“We do not believe that a military operation serves the cause of regional stability, Syrian stability or indeed Turkish concerns about the security of their border,” the US official told reporters.