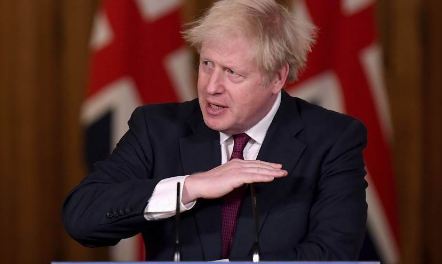 While addressing the nation, Johnson said the new mutant coronavirus has been spreading at an alarming rate, which makes another lockdown important. The restrictions including stay at home unless for essential reasons, closure of schools, among others will last from early Wednesday for six weeks, said the Prime Minister.

Johnson said it has been both frustrating and alarming to see the speed with which the new variant is spreading. The scientists have confirmed that it is 50 to 70 percent transmissible. Since the start of the pandemic, the hospitals are under constant pressure from Covid-19 situation which increased by nearly a third in the last week, alone in England.

He said that to bring this new variant in control, we need to do more together with most of the country already under extreme measures.Therefore, a national lockdown should be imposed, which is tough enough to contain this variant. The government is again instructing its people to stay at home, he added.

The restrictions would include school closures from Tuesday. Apart from essential shopping, exercise and other limited exceptions, the rules require most people to stay at home.

Johnson said that if the timing of the vaccination programme goes as planned and the number of cases and deaths responded to the lockdown measures as expected, then the country would possibly start unlocking the restrictions by the mid-February.

Earlier, Johnson’s government called it a scientific triumph as Britain became the first country in the world to start inoculating its population with Oxford University and AstraZeneca’s Covid-19 vaccine shot. With over 1.5 million people so far vaccinated, the UK has further ordered 40 million of the vaccines.

Meanwhile, this is the third nation-wide lockdown in the UK since March 2020. Over 75,000 people in the UK have died from Covid-19 within 28 days of a positive test since the start of the pandemic. The overall number of deaths in the UK is expected to reach 100,000 by the end of January or early February.