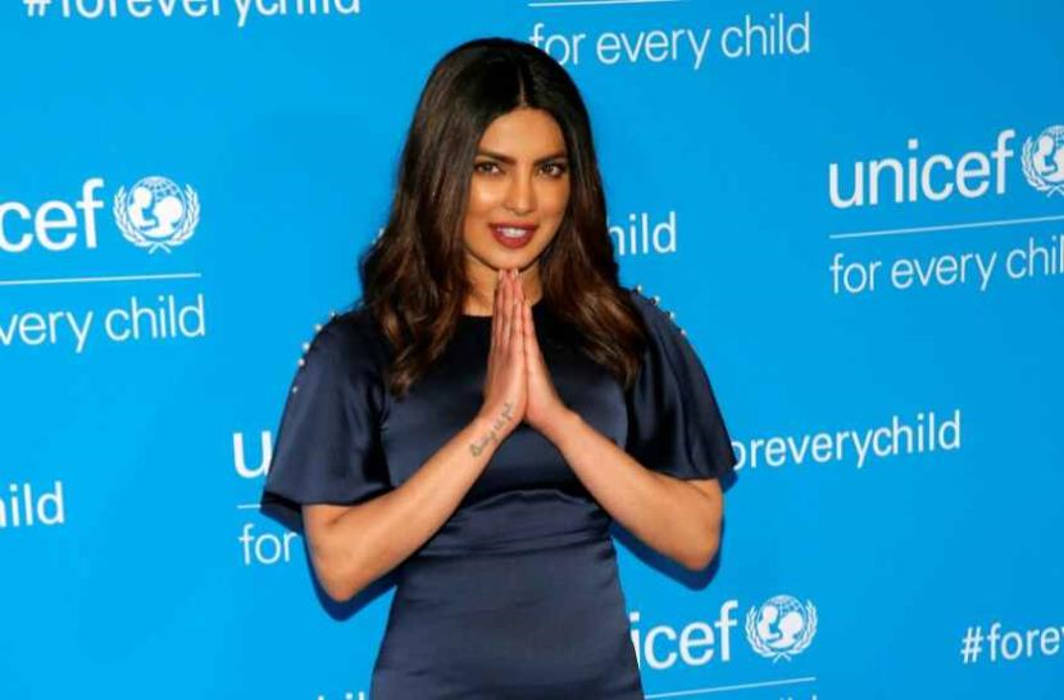 Pakistan demanded the removal of Priyanka Chopra as UNICEF goodwill ambassador for her ‘Jai Hind’ tweet after India’s retaliatory attack on terror camps in Pakistan-occupied-Kashmir terming it as ‘support for war’. The actress has been under intense criticism ever since the tweet on February 26.

However, UN spokesperson on Thursday (August 22) justified her statement saying she retains the right to speak in her personal capacity on issues concerning her.

When UNICEF Goodwill Ambassadors “speak in their personal capacity, they retain the right to speak about issues that interest or concern them,” Stephane Dujarric, the spokesperson for Secretary-General Antonio Guterres, said at his daily briefing on Thursday in his answer to a question about Priyanka.

“Their personal views or actions do not necessarily reflect those of UNICEF,” he said, adding, “When they speak on behalf of the UNICEF, we expect them to adhere to UNICEF’s evidence-based impartial positions.”

“The UNICEF Goodwill Ambassadors are prominent individuals who have agreed to generously volunteer their time and their public profile to promote children’s rights,” he also added.

Priyanka has been hit by criticisms and trolls ever since she tweeted, “Jai Hind #IndianArmedForces,” followed by emojis of the Indian flag and namaste. The 2000 Miss World had not said anything beyond the tweet made in the aftermath of the carbomb attack by Pakistan-based Jaish-e-Mohammed that killed more than 40 Central Reserve Police personnel and the Indian Air Force counterstrike on the organisation’s base in Pakistan. However, criticism from Pakistan intensified after India revoked the special status of Kashmir.

“The entire policy of the BJP Government is similar to the Nazi doctrine of ethnic cleansing, racism, fascism and genocide. Ms. Chopra has publicly endorsed this Indian government position and also supported the nuclear threat issued to Pakistan by the Indian Defence Minister,” he wrote.

Mazari alleged that Chopra showed “support for war, including a nuclear war”.

“Her jingoism and support for violations by the Modi Government of international conventions and UNSC resolutions on Kashmir, as well as support for war, including a nuclear war, undermines the credibility of the UN position to which she has been elevated,” the letter read.

Mazari added, “Unless she is removed immediately, the very idea of a Goodwill Ambassador for Peace becomes a mockery globally.”

Meanwhile, some citizens and celebrities have come forward in support of the actress. Amongst them include actors Ayushmann Khurrana, Kangana Ranaut and Anupria Goenka.