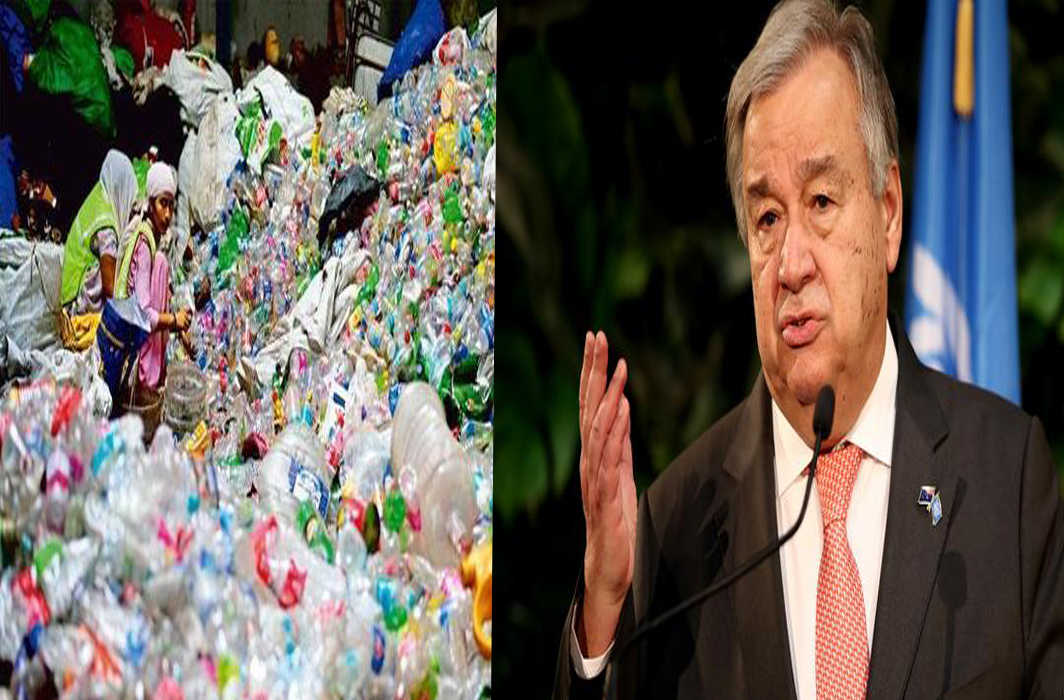 Addressing a gigantic gathering of world leaders at the United Countries Economic and Social Council (ECOSOC) to commemorate the 150th Birth Anniversary of Mahatma Gandhi, Guterres said, “I would like to take the opportunity to thank the government of India for supporting the elimination of single-use plastics and for the installations of solar panels and the green roof on top of the conference building in the United Nations headquarters.”

India hosted the event at the United Nations (UN) to celebrate the 150th birth anniversary of Mahatma Gandhi, which will underline the continuing relevance of Gandhian thoughts and values in today’s world. Several Heads of State and Government along with UN Secretary-General graced the occasion to pay their collective tributes to Mahatma Gandhi and underscore the significance of his message.

Guterres addressed Mahatma Gandhi as one of the giants of the 20th century and a global icon of peace and an advocate of the most vulnerable.

He said, “Mahatma Gandhi’s vision and philosophy are pillars of the work of the United Nations. Part of his genius lay in the ability to see the inter-connectedness and the unity between all things.”

“(Mahatma) Gandhi promoted non-violence not just as a philosophy, but also as a political strategy to achieve justice and change. Just as an example, he understood the importance of advocacy and vexation around the issue of sanitation and led campaigns for clean drinking water and hygienic facilities when these issues were deep taboos,” he said.

“His values truly transcend borders. Other countries are also planning to issue these UN stamps to honour the global leader,” Guterres told the gathering.