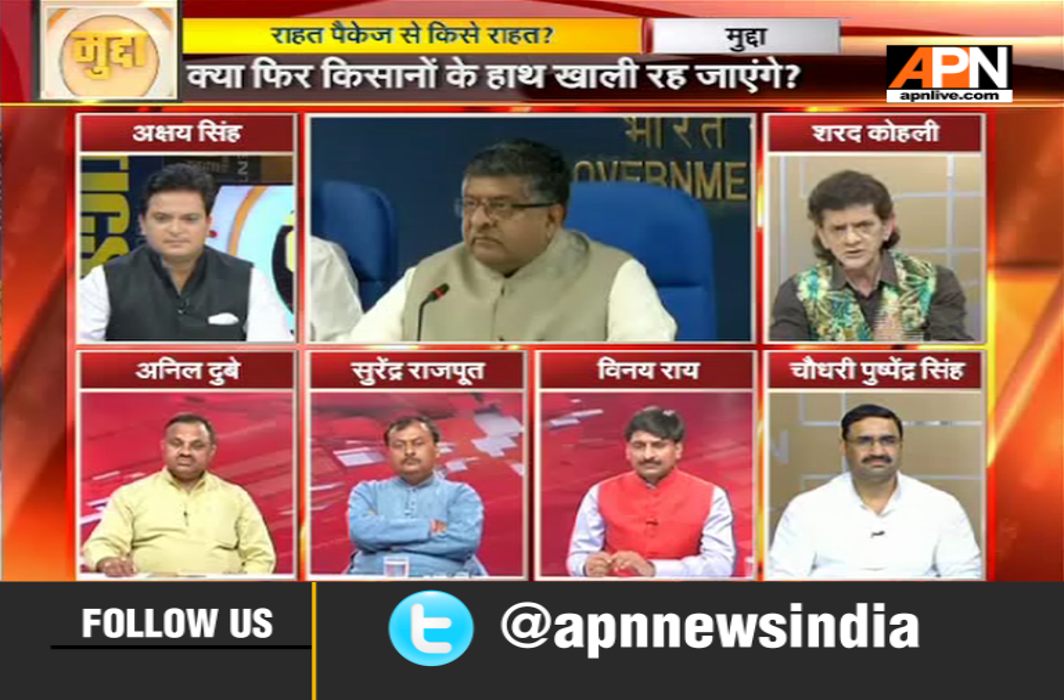 To give relief to the debt-burdened sugarcane farmers, the Cabinet has approved a bailout package of Rs 8,000 crore for the sector. This is to ensure that the sugarcane mills clear cane dues of Rs 22,000 crore. The Minimum Support Price has been set at Rs 29 per kg. In Uttar Pradesh, there are maximum cane dues of more than Rs 12,000 crore. Kairana alone has six mills where owners owe the farmers about Rs 800 crores worth of dues. The centre has already doubled sugar import duty to 100 percent and scrapped export duty to check sliding domestic prices. It has also asked mills to export two million tonnes of sugar.

Surendra Rajput said: “Where on one hand the mill owners have become rich, farmers are still neck deep in dues. Why doesn’t the government’s money reach the farmers? When we have a surplus of sugar, why is the country still dependent on export of sugar? To stop that, the government should impose 25 percent loading on export so that people have no option other than to buy sugar from the mills of our farmers.” Later in the show when Sharad Kohli said that the farmers’ issue is a decades old one, Rajput accepted that though Congress did bring in many new industrial policies, it did not do as much as was expected from it.

Anil Dubey said: “The government uses the sugarcane farmer’s money for other purposes… This will become a major issue in the 2019 elections. The (UP) by-polls results showed that Ganna will win over Jinnah in terms of mobilising voters.”

Choudhury Pushpendra Singh said there are other aspects which people often ignore. He explained: “There is only 10 percent recovery rate of sugarcane which means out of 1,000 metric tonnes of sugarcane only 100 metric tonnes of sugar is produced. The questions that should be raised are is only sugar made from sugarcane. No one talks about the other by-products. And also almost 75 percent of the sugar is used for industrial purposes like to make chocolate, etc.” He further said that there are two most important things that the government should do immediately—waive farmer’s loans and double the minimum support price for their produce.”

Kohli asked other speakers if blaming only the current government is right. He said: “Have these issues come up during these four years alone? Haven’t they been there for the last 60 years? More than half the number of farmers has huge loans to pay, more than half of the country depends on farming. The poverty of the farmers is a decades-old issue.” He suggested increasing the budget of the Rs 8,000 crore project to Rs 25,000 crore.

Vinay Rai said that the responsibility lies with the government. He added: “Since the government is not convinced with their steps it is not willing to answer the questions.”