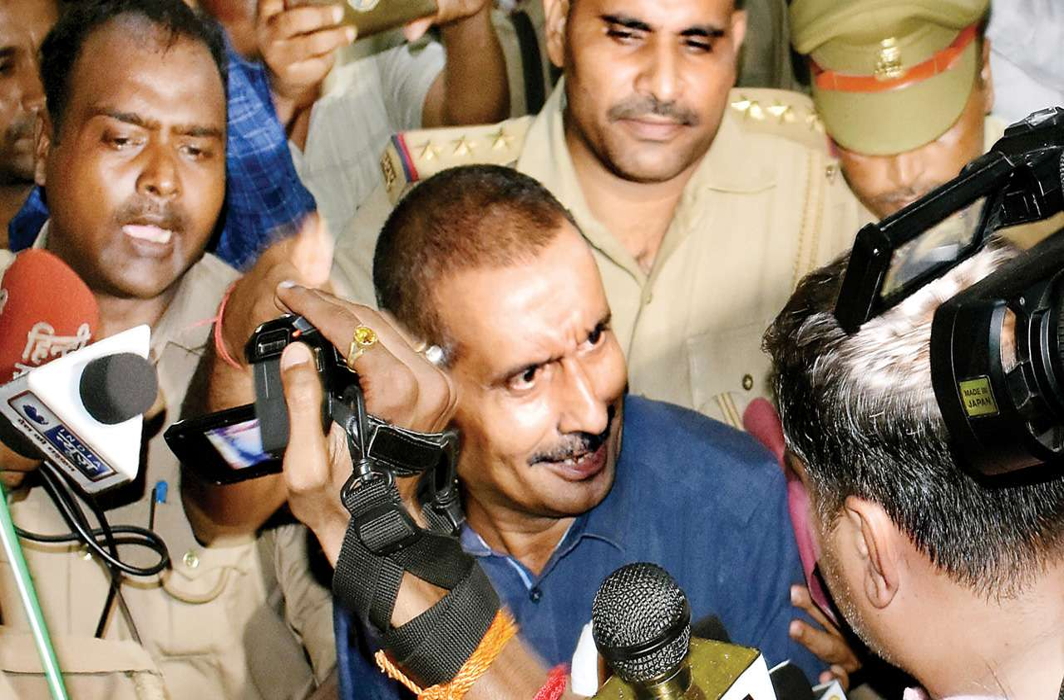 Others against whom charges were framed in the case by district judge Dharmesh Sharma are Sengar’s accomplice Shashi Singh, for allegedly kidnapping the minor girl. Singh had allegedly lured the victim to Sengar’s residence on the pretext of providing employment.

The two are currently lodged in Tihar jail.

The court has framed charges under Sections 120 b (criminal conspiracy), 363 (kidnapping), 366 (kidnapping or inducing a woman to compel for marriage), 376 (rape) and other relevant sections of the Protection of Children from Sexual Offences (POCSO) Act.

The two accused told the Delhi court that they have been falsely implicated and claimed a trial, PTI reported.

After the rape, there were other incidents involving the victim’s family and then she herself.

On Thursday, the CBI told the court that the Unnao rape victim’s father was falsely implicated in the Arms Act case registered by the UP Police. The agency told the court that when the victim’s father was being taken to the police station, multiple phone calls were made between two policemen, the complainant in the case and then Bangarmau MLA Sengar.

“The victim’s father was badly beaten. During our investigation, we found that the victim’s father was falsely implicated in a criminal conspiracy. The father was allegedly found with one country-made pistol and four live cartridges and we have multiple witnesses who stated that at that point the deceased was not carrying a pistol,” CBI counsel Ashok Bhartendu told the court.

Last month, the rape victim/survivor and her lawyer were critically injured when the vehicle they was travelling in collided with a truck in Rae Bareli. The survivor’s two aunts, one of them a witness in the rape case, were killed in the accident.

The victim and her lawyer were recently airlifted to AIIMs, Delhi, on the directions of the Supreme Court.

Sengar and nine others were booked for murder by the CBI in connection with the accident in Rae Bareli.

The Supreme Court had last week shifted the cases to Delhi and ordered the trial to be completed within 45-days.