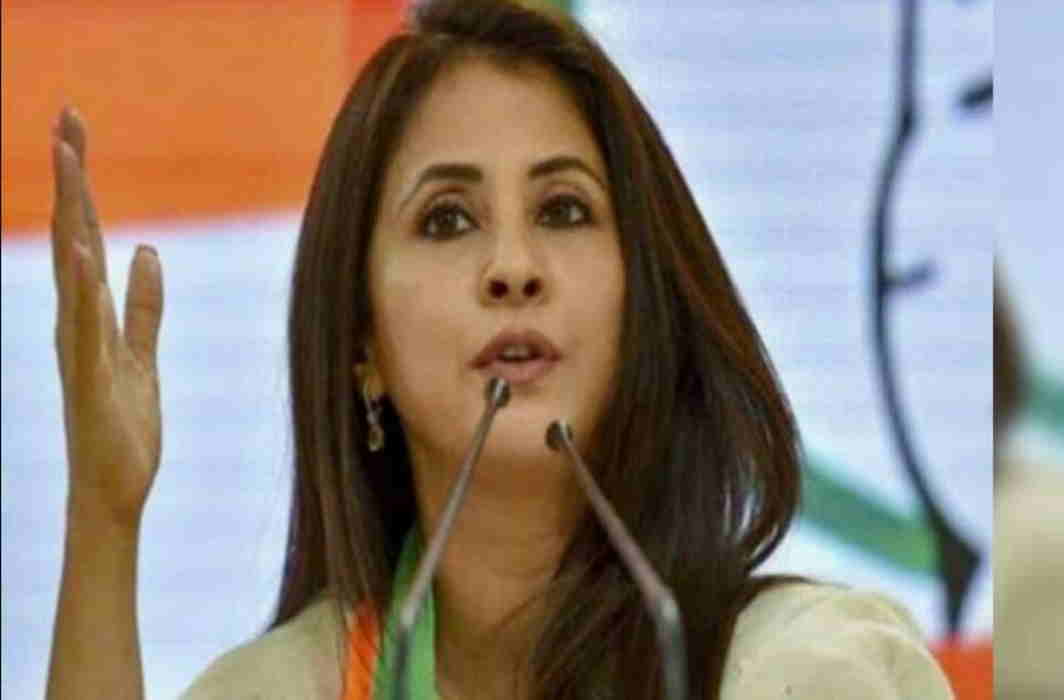 A letter to Congress leadership from Urmila Matondkar, who unsuccessfully contested as party’s candidate from Lok Sabha election from Mumbai North constituency, listed out many failures and shortcomings in the state unit, criticising trusted aides of her senior colleague Sanjay Nirupam for lack of effort and cooperation.

Interestingly, while the letter surfaced only yesterday (Monday), Urmila had written it on May 16 – a week before the Lok Sabha results were declared on May 23. The letter is addressed to Milind Deora, Mumbai Regional Congress Committee (MRCC) chief who announced his resignation from the post Sunday.

In it, Urmila thanked Deora and Rahul Gandhi for having put their faith in her before launching a tirade against several party functionaries.

In a point by point letter, Matondkar listed out how systematically some Congress leaders refused to cooperate with her, didn’t help her in campaign and even ensured that Mallikarjun Kharge’s programme in her constituency didn’t go smoothly.

After her letter got leaked to the media, the actress turned politician issued a statement saying:“At the outset, it’s extremely unfortunate that a confidential letter containing privileged communication should be made public. There are issues to be sorted in every party. I’ve joined Congress with no personal interest/agenda except to serve my country. I’ve addressed the letter at the behest of the Mumbai President with sole intention to bring about betterment in the party. It is extremely significant to note and I wish to highlight that that this letter was written way before the election results or even the exit polls..showing only my integrity, sincerity and commitment to party interest.”

Matondkar in her letter criticised the conduct of Sandesh Kondvilkarand Bhushan Patil, close associates of Nirupam, a former Mumbai Congress president. She highlighted the failure of party leadership at local level on coordination, mobilising workers at grassroots, failure to provide proper resources to her by the two campaign coordinators.

“Mr Sandesh Kondwilkar intentionally failed and neglected to mobilise the party workers at the grass root level. Other key functionaries such as Bhushan Patil failed to hold key meetings between key functionaries of the party at block level and ward level which resulted in complete lack of communication. As a result there was total lack of confidence and energy in the party,” she wrote while also accusing Kondwilkar and Patil of lacking political maturity, discipline and creating controversies.

The actress-politician accused Kondwilkarand Patil duo of showing a “total lack of coordination, honesty and efficiency, ensuring a disastrous outcome”.

Also table management during poll day was very poor according to Urmila leading to low participation of voters. She also claims that her suggestions in devising campaign strategy was completely ignored. Also Kandivali East functionaries didn’t pull their weight according to her.

She accused Kondvilkar of calling up her family members at odd hours and asking them for money to fund her election campaign.Kondvilkar also asked Matondkar’s family members to speak to Congress treasurer Ahmed Patel for release of campaign funds, she claimed.

Matondkar also accused the duo of showing disrespect to North Mumbai district Congress president Ashok Sutrale. She sought disciplinary action against Kondvilkar and Patiland demanded changes at the organisational level to ensure better and brighter future for the party.

Matondkar said despite the hurdles, she managed to run a decent campaign and added she had highlighted certain issues with an intention to bring positive change in the party.

Urmila alleged that campaign rallies were never held on time or in right places, schedules were poorly devised and arranged, and said that Kondwilkar and Patil kept blaming a money crunch for all problems.

“Mr Sandesh Kondwilkar and Mr Bhushan Patil had been constantly complaining about the lack of financial resources which resulted in waste of my time and energy to the detriment of the campaigning process. It also created a vitiated atmosphere in the camp and a feeling of distrust,” she wrote, adding that she and her family members were often asked to raise funds.

The letter also makes a number of other revelations about how Kondwilkar never accepted feedbacks and suggestions, often using inappropriate language to deal with these. The complete lack of coordination and effort to pull their weight behind the Mumbai North candidate Urmila Matondkar also continued on polling day, alleges the actor. She has particularly highlighted work (or lack of it) of two leaders including her campaign coordinator and have asked Milind Deora to take strong action against them.

Urmila lost by over 4.65 lakh votes to BJP’s Gopal Shetty from Mumbai North and, while it is doubtful how much campaign would have helped her to turn the tide, she has certainly exposed the the rot in the Congress political system which has led them to second consecutive drubbing in general elections.

The letter sparked off a war of words in the state Congress, where Nirupam had already been targeting Deora for his national ambitions.

Nirupam hit out at Deora after the letter became public.He tweeted, “Young leader who desires to stabilise party at national level has released copies of complaint letter of an LS candidate to media houses to publish it. It was addressed to him against party workers after election. Is this the way he is going to adopt to stabilise the party.”

Deora, in a statement, said, “A party and it’s ideals are bigger than one individual. Some unpleasant and unwarranted commentary from certain quarters should be ignored and not countered. The Congress party has seen many upheavals and shall overcome this one too.”

Both Deora and Nirupam had also lost the Lok Sabha elections from South Mumbai and Mumbai North West, respectively, this year.

In a related development, Zakir Ahmed, Mumbai Congress vice-president, slammed Nirupam. In a statement, Ahmed said, “Nirupam is the mostunpopular leader in the Mumbai Congress due to his loud mouth attitude.The election results are a proof of this. In Mumbai, the defeat margins of all candidates has reduced except Nirupam in Mumbai North West.In 2014, the Congress defeat margin in Mumbai North West was 1.75 lakh and now Nirupam was defeated by 2.75lakh votes (in 2019).”

On Sunday, Nirupam had said Deora, post his resignation as the Mumbai Congress president, was hankering for a national-level position in the party.

Deora, a former Union minister, had replaced Nirupam as the Mumbai Congress chief ahead of the Lok Sabha polls in April-May.

Nirupam had also criticised Deora’s suggestion to set up a panel comprising three senior Congress leaders to oversee the Mumbai unit till the Maharashtra Assembly polls, saying such a move would “ruin” the party further.

The Assembly polls are due in September-October.

“A resignation is linked to the sentiment of sacrifice. In this case, a ‘national’ level post is being sought.Is this a resignation or a ladder to grow politically? The party should be cautious of such ‘hard working’ people,” Nirupam had said in a tweet in Hindi targeting Deora.