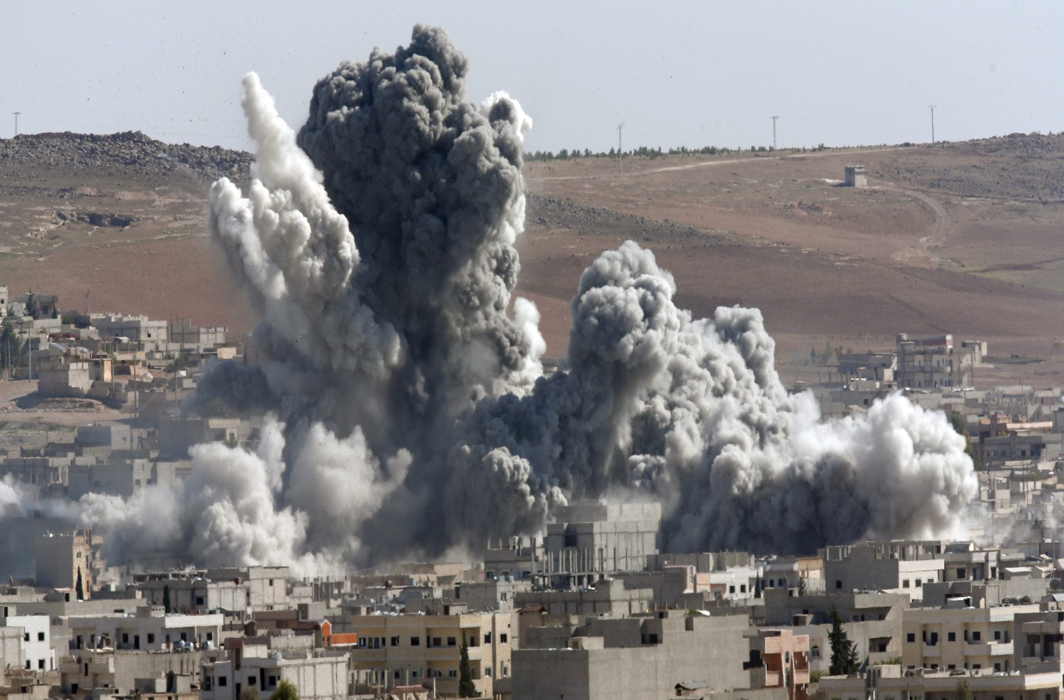 Coalition was not invited by Damascus, has no US mandate

The US-led international coalition has killed 23 civilians in a village of al-Jurze Sharqi in the eastern countryside of Deir Ezzor province on Wednesday. The US led coalition is involved in the military operations without consent from Damascus or UN mandate.

According to the civil authorities quoted by official Syrian Arab News Agency (SANA) “At least 23 civilians, mostly children and women, were killed on Wednesday evening by airstrikes carried out by the US-led international coalition, targeting the village of al- Jurze Sharqi in the eastern countryside of the province.” The houses and other properties in the village were also damaged.

The London based Syrian Observatory for Human Rights, in its statement said, “At least 23 civilians, among them eight children and six women, were killed Wednesday before dawn by airstrikes carried out by the US-led coalition, targeting a village controlled by Daesh on the eastern banks of the Euphrates river.”

The Observatory further said that all of those killed were members of the same family and had taken shelter at the location.

SANA says that “The US-led international coalition has committed many massacres against the Syrians through shelling citizens’ houses in several areas, particularly in Deir Ezzor and Raqqa provinces as hundreds of civilians have been killed and others were injured, in addition to destroying the infrastructure and the public facilities.”

The coalition has been conducting airstrikes against what they call the Daesh targets in Syria since September 2014. Observers believe that it has been largely incapable of achieving its declared goal of destroying Daesh.

Russian President Vladimir Putin has recently announced the end of operations against Daesh and other terror organisations in Syria and started its partial withdrawal. Putin visited Syria and met his counterpart Bashar al-Assad.

On December 10, Tehran based Press TV had reported about Syrian troops discovering a cache of US and Israel made weapons and equipment, belonging to Daesh terrorists from the recently-recaptured Deir Ezzor.  It included various types of ammunitions, explosives, devices, landmines, communication devices, armoured vehicles, car bombs and the tanks left behind by Daesh terrorists.