Siddiqui was not simply killed in a crossfire, neither was he collateral damage, but he was brutally killed by the Taliban. 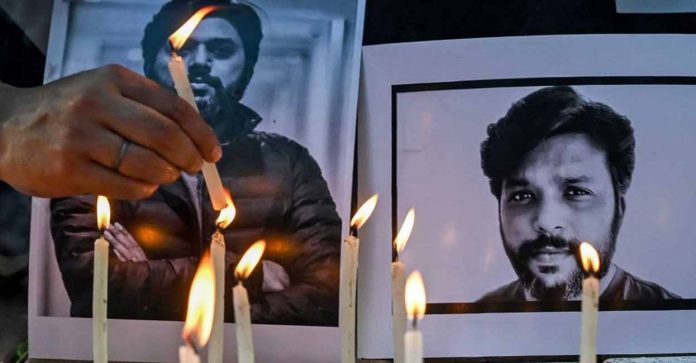 A report published in American magazine on Thursday said that the Taliban had verified Indian photojournalist Danish Siddiqui’s identity and then murdered him brutally. Siddiqui was killed in a Taliban attack in Spin Boldak district in Kandahar in Afghanistan on July 15.

According to the report, the Reuters photojournalist was not simply killed in a crossfire, neither was he collateral damage, but he was brutally killed by the Taliban.

According to the Washington Examiner report, Siddiqui, 38, was embedded with the Afghan forces, who were fighting with the Taliban in their attempt to snatch the vital border crossing with Pakistan which had been overrun by the fundamentalist militia.

However, a Taliban attack separated the team when they got to within one-third of a mile of the customs post, and Siddiqui was left with three Afghan troops. During this assault, the shrapnel hit Siddiqui after which his team went to a local mosque where he received first aid.

As word spread that a journalist was in the mosque, the Taliban attacked. The local investigation suggests the Taliban only attacked the mosque because of Siddiqui’s presence there. However, when the Taliban captured the journalist, he was alive. The militants then verified Siddiqui’s identity and executed him, the report said.

Micheal Rubin, a senior fellow at the American Enterprise Institute, wrote that while a widely circulated public photograph shows Siddiqui’s face recognizable, he reviewed other photographs and a video of Siddiqui’s body provided to him by a source in the Indian government that show the Taliban beat Siddiqui around the head and then riddled his body with bullets.

The Taliban’s decision to hunt down and execute Siddiqui, and then mutilate his body shows that they do not respect the rules of war or conventions that govern the behavior of the global community, the report said.

Siddiqui has covered the Battle of Mosul (2016–17), the April 2015 Nepal earthquake, the refugee crisis arising from the Rohingya genocide in 2018 which won him the Pulitzer, the 2019–2020 Hong Kong protests, 2020 Delhi Riots, and the Covid-19 pandemic among other stories in South Asia, Middle East, and Europe. In 2018, he became the first Indian alongside colleague Adnan Abidi to win the Pulitzer Prize for documenting the Rohingya crisis. During Covid times, Siddiqui had framed a photo of burning pyres in East Delhi from atop a terrace nearby upon zooming into which more such pyres could be seen.

Siddiqui was laid to rest at the Jamia Millia Islamia graveyard.