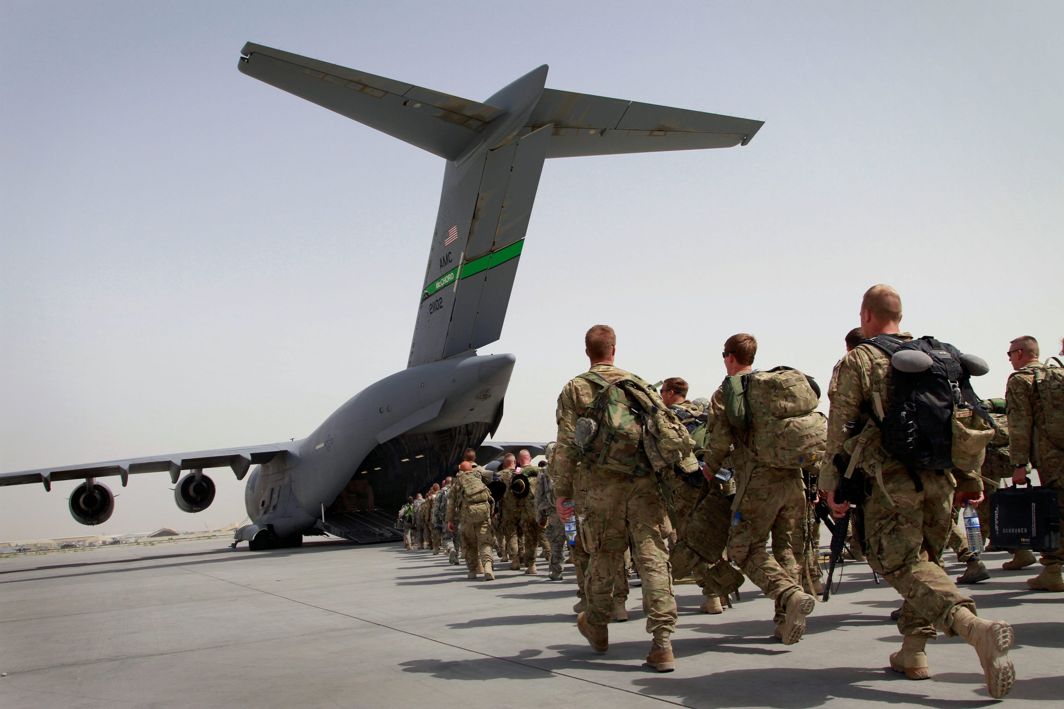 US Administration has silently begun withdrawing its forces along with arms and equipment from Iraq and deploying them in Afghanistan, AFP reports quoting western contractors at a US-led coalition base in western Iraq.

A report emanating from Ain Assad Airbase says that American troops have started to draw down from Iraq following Baghdad’s declaration of victory over Daesh (IS) terror group last year.  Dozens of American soldiers have been transported from Iraq to Afghanistan on daily flights over the past week.

Two Iraqi officials confirmed that U.S.-led coalition and Iraqi government have reached an agreement to draw down troops in Iraq. This is for the e first time since the war against Daesh (IS) was launched three years ago.

However, the Iraqi officials said the process has not officially begun. Some foreign journalist confirmed the troops movement at Ain Asad base.

Army Col. Ryan Dillon, spokesman of the US-led coalition told, “Continued coalition presence in Iraq will be conditions-based, proportional to the need and in coordination with the government of Iraq.

A senior Iraqi official considered to be close to Prime Minister Haider al-Abadi said that 60 percent of all American troops currently in country will be withdrawn. Some 4,000 U.S. troops will continue training Iraqi army. As of late September last year there were 8,892 U.S. troops in Iraq.

The U.S. first launched airstrikes against the Islamic State group in Iraq in August 2014. At the time the military intervention was described as “limited,” but as Iraq’s military struggled to roll back the extremists, the U.S.-led coalition’s footprint in the country steadily grew.

One of the US soldiers at Ain Assad Airbase, was quoted saying as, “We’ve had a recent change of mission and soon we’ll be supporting a different theatre of operations in the coming month.”

The reduction of U.S. forces in Iraq has come just three months before national elections in Iraq, where the indefinite presence of American troops continues to be a divisive issue.

Iraq declared victory over Daesh (IS) in December after more than three years of tough combat. The Mobilization force established after Ayatollah Siestani’s appeal to the masses and Iranian advisors played important role in the struggle. US led coalition has also claimed of playing important role in fighting against the terror group. In 2014, Daesh (IS) controlled nearly a third of Iraqi territory.

There were some 170,000 American troops in Iraq in the aftermath of fall of Saddam Hussein regime in 2003. U.S. troop numbers eventually reduced to 40,000 before the complete withdrawal in 2011.

At that time Iraqi government headed by Prime Minister Nouri al-Maliki refused to extend the stay of US troops in the country despite Washington’s requests. Iraq was the first country in US military history where they were forced to withdraw in accordance to the initial agreement for the forces withdrawal from that country.