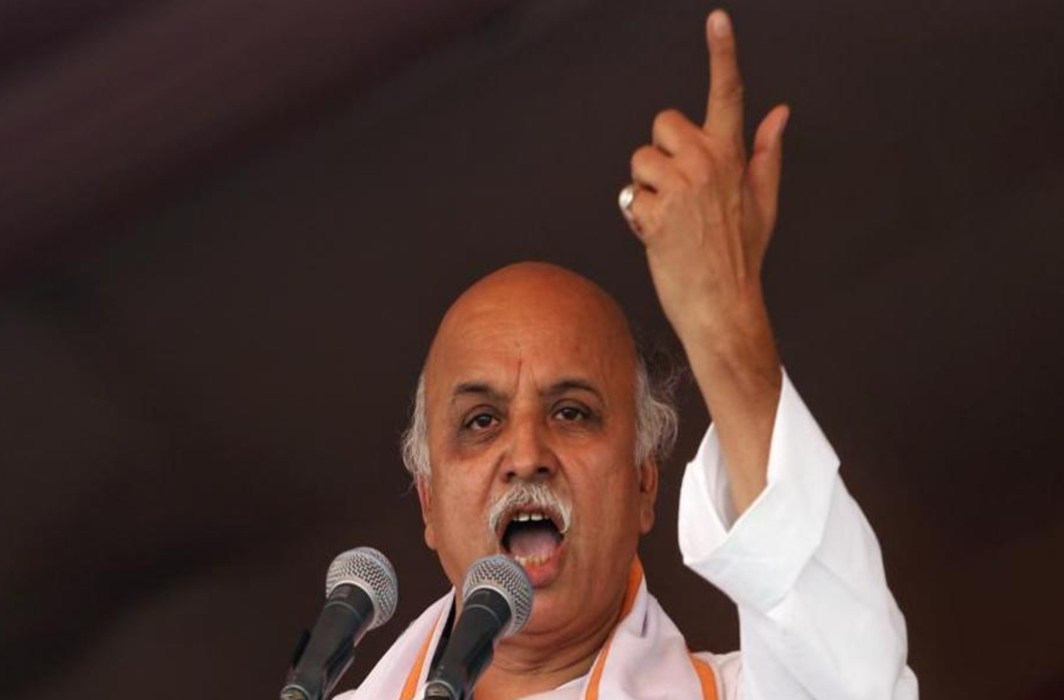 Vishwa Hindu Parishad (VHP) International Working President Pravin Togadia, who went missing on Monday, January 15, and was later found in an unconscious state the same evening, has claimed that he received a tip off that he will be killed in police encounter and there is a threat to his life, and that his voice is being suppressed through threats of violence and false court cases.

Togadia was addressing a press conference in Ahmedabad on Tuesday. Media reports quoting police said he was brought by people to a private Chandra-Mani hospital in an unconscious state, which the doctors claimed was caused by low blood sugar levels. He was admitted in the hospital around 9.20 p.m. and his condition was stated to be stable, the police said.

Speaking to media, the 61-year-old Togadia said: “I was at the VHP office on Monday, performing morning puja, when someone told me that police are coming to kill me in an encounter. At that time, I did not pay heed. After some time, I got a call that a team of Rajasthan Police accompanied by Gujarat Police is coming from Sola. I am not a person who would be afraid to die but I feared its consequences in the country. Thus, I immediately left the office with a karyakarta (VHP worker) in an auto,” said Togadia.

He stressed that he did not flee as he informed police on duty that he was leaving the office. Togadia added that on the previous day, he had returned from a function in Mumbai at about 1.30 am and thus had asked the security personnel, part of his Z-plus security cover, to return at 2.30pm.

“I then went to a person’s residence in Thaltej who is not part of VHP. I then contacted the chief minister and home minister of Rajasthan about the police action as I was not aware of any such case against me. They assured me that there was no such police team sent to arrest me in their knowledge. I then immediately switched off my mobile phones and contacted the lawyers in Rajasthan. They advised me that if the warrant is issued by the judiciary, I should appear before the court,” said Togadia.

He said that he has always respected judiciary and if he had been informed about the case, he would have willingly come to the court – as he has done in the past. Togadia claimed that he has not received any summons or warrants claimed by police in the past.

“I did not want to get in hands of Rajasthan police. There is a conspiracy to arrest me in one case or another and send me from prison to prison to suppress me. I thus decided to go to Rajasthan and appear before the court. I hailed an auto and started off for the airport. When we reached near (Galaxy) underpass, I felt uneasy with dizziness and profuse perspiration. I told the auto driver to take me to Dhanvantari Hospital in Bapunagar. I don’t remember anything after that,” said Togadia.

He alleged that cases were foisted against him to muzzle his voice. In the middle of the media briefing, Togadia became emotional and broke down while narrating yesterday’s events. “They have filed cases against me under various offences. I myself don’t know about many of these cases. They are all attempts to suppress my voice,” a tearful Togadia said. “I am in touch with lawyers in Rajasthan. They said they will try and get the cases quashed,” he said.

He said, “I have never run from the law and I don’t fear anybody. So, I am not running away. I am waiting until the doctors give me a clean chit of health and permit me to travel out of town. Once they do that, I will present myself before the court in Jaipur,” he said.

He requested the Gujarat Crime Branch not to succumb to “political pressure” as he has done nothing wrong. “I am not escaping. I have no complaints with Gujarat or Rajasthan police. All I have to say to Gujarat police that why were you going to search my room. Am I a criminal. Have not done anything wrong. I request Crime Branch not to get under political pressure,” he said.

He also urged VHP workers to keep calm. However, on Monday, scores of VHP activists took to the streets Monday evening after reports of Togadia’s arrest and continued sit-ins even after a Gujarat police statement that he had gone “missing”.

Protests were reported in Ahmedabad, Surat, Rajkot and Bhuj among other places in the state where the protesters tried to block highways and targeted public buses. Dozens of protesters were detained by the police.

The police said that a contingent of Rajasthan Police had come to arrest him under Section 188 (disobedience to order duly promulgated by public servant) of the IPC in an old case, but could not find him at his residence.

Just about 10 days ago, on January 5, Togadia had alleged a conspiracy had been hatched against him by a “higher up in the BJP” to implicate and jail him in a 1996 murder case by ensuring he did not get the summons issued against him, said a media report. The Metropolitan Court on Friday cancelled a non-bailable warrant issued against Togadia.

“The police did not make those summons available to me. I have received information that this was done purposefully by someone higher up, without the intervention of (state) home minister or the chief minister,” he had said, according to the report.

Vishwa Hindu Parishad (VHP) International Working President Pravin Togadia added, “Just like it happened during the Patidar agitation, when (then chief minister) Anandiben Patel said she did not order the lathicharge on agitators, this case is similar. (Deputy chief minister) Nitin Patel, (chief minister) Vijay Rupani wouldn’t do that. Why were the summons not made available to me despite my presence in Ahmedabad? Since some time I feel my voice is being gagged. I will later reveal who is behind it all.”

“I have been voice of Hindus for a long time. I have no complaints against the Gujarat Police or Rajasthan Police. But even in the past when a summon was issued against me in Gujarat, the chief minister or home minister did not know about it. Is it possible? Who, then, is responsible for the calculated re-opening of old cases against me? I will not get bogged down and continue serve the community,” he said.

The Rajasthan police had confirmed on Monday that a team had gone to Gujarat to execute an arrest warrant, but said they were unsuccessful.