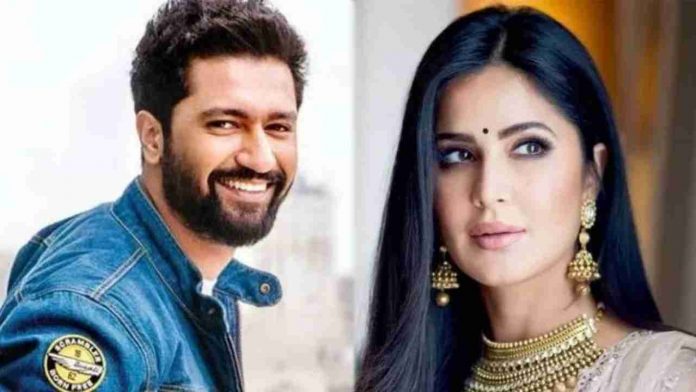 Bollywood actors and their dating lives cannot be hidden from the public eye. For a long time, Vicky Kaushal and Katrina Kaif’s engagement rumours have been doing rounds in the media.

The couple had been spotted on several occasions together and needless to say, they are like a perfect match for each other.

Vicky Kaushal opens about his engagement plans with Katrina Kaif

Now, the Sardar Udham actor has opened up about his engagement plans with Katrina Kaif. In an interview with Etimes, Vicky blamed the paparazzi for the Roka rumours and said that the news was circulated by their friends. He further said that he will get engaged soon enough when the right time will come.

For those who don’t know, Vicky and Katrina have not made their relationship official yet.

Meanwhile, Katrina Kaif attended the screening of her rumoured boyfriend’s film Sardar Udham Singh. As per reports, she has been occupied by the promotions of Sooryavanshi, however, she managed to wrap it up soon and attended the screening. Katrina had also shared a positive review of the film on her Instagram stories.

Praising the film, she tagged it as a gripping beautiful film with pure and unadulterated storytelling. She also applauded Vicky and called him pure, raw, and honest talent.

Talking about Sardar Udham, the movie is directed by Shoojit Sircar and is based on the life of freedom fighter Sardar Udham Singh, who assassinated had Michael O’Dwyer in 1940 was the former Lieutenant Governor of Punjab in British India. The movie was released on Amazon Prime on October 16 and also stars Amol Parashar as Shaheed Bhagat Singh.

In other news, Sidharth Shukla and Shehnaaz Gill‘s last music video together, Adhura is all set to release within few days. Singer Shreya Ghoshal unveiled the poster of the song on Saturday.