Why is SunoKohli trending on Twitter? Tweeple troll Virat Kohli for this reason 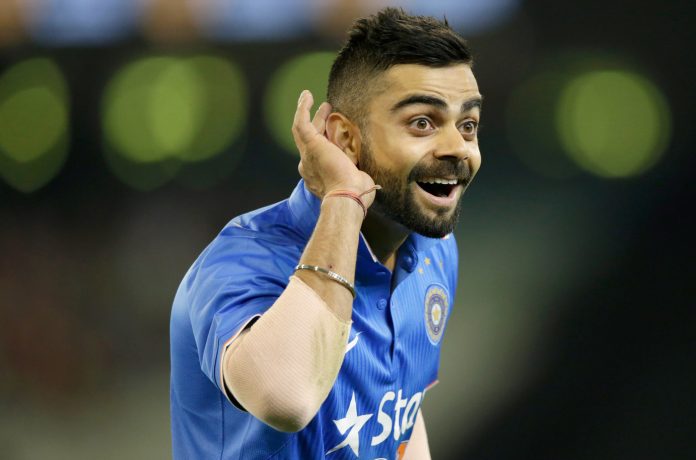 The Indian skipper Virat Kohli’s latest video is drawing flak on social media but this time for a rather peculiar reason. Well, it is nothing new that Viral Kohli has been in the headlines for several reasons and this time, he is being trolled for giving advice on Diwali.

Recently, Virat Kohli shared a video on social media in which he said that everyone is eagerly waiting for Diwali and as the festival is around the corner, he will give some tips to the people out there to celebrate and enjoy a meaningful Diwali. As soon as he shared the video, social media users started trolling him as the tweeple thought that he was talking about crackers and started trending SunoKohli.

In the hashtag SunoKohli, which is garnering much attention now, tweeple started bashing him for being a hypocrite. Several users also called him out and said that he is a hypocrite and he talks about the environment but he himself doesn’t do anything for it.

One of the users wrote that Hypocrisy is when you live in a full-fledged AC bungalow, travel in a Private Jet, Use Car that releases pollution in the environment, wear clothes that are manufactured in companies that are the reason of river pollution. And then you share your Gyan on social media.

Another user wrote that SunoKohli Stop using cars and AC it’s very harmful to the environment.

Yet another wrote that Use a tennis racquet to bat for batting.. save trees.. save the environment..

However, there were some users who stood up for Kohli. One of the users wrote that you are one of the best Batter in the World. We always support you in India’s matches. We’ll support you even after your retirement.

Currently, Virat Kohli is in UAE and is gearing up for the much-awaited ICC T20 Men’s World Cup 2021.