GAMES
Home Festivals Vishwakarma Puja: What is the reason behind worshipping tools and machines on...
FestivalsLatest Lifestyle News

Vishwakarma Puja: What is the reason behind worshipping tools and machines on this day? 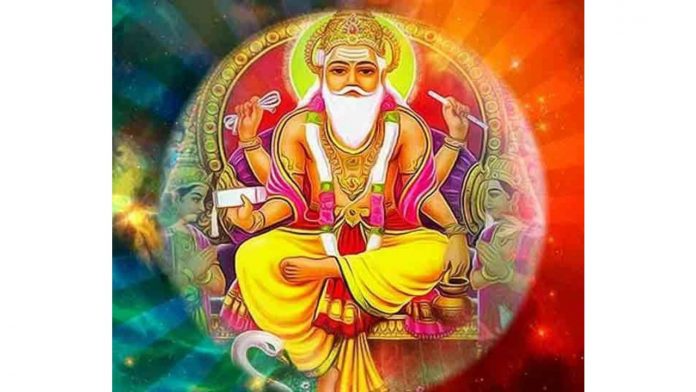 Govardhan Puja is the most prominent festival among Hindus. It is celebrated every year on the fourth day of Deepavali’s five-day celebrations. In different regions of the nation, Govardhan Puja is known by different names. This day is also known as Vishwakarma Day in various regions of India, and it is dedicated to Lord Vishwakarma, the creator of many magnificent weapons for the gods.

Govardhan Puja commemorates the victory of Lord Krishna over Indra. This day commemorates the occurrence described in the Bhagavata Purana in which Krishna lifted Govardhan Hill to offer shelter to the residents of Vrindavan during excessive rains.

According to a Hindu belief, Lord Vishwakarma is also known as the Divine Engineer of the World because it is said that he constructed the holy city of Dwarka where Krishna ruled, the palace of Indraprastha for the Pandavas, and also created many weapons for the gods.

The festival is primarily observed by shops, factories, and industries. Workers in factories and industrial regions on this day worship their tools and pray to Lord Vishwakarma to protect their livelihoods. The day of worship is observed not only by engineers and architects, but also by artisans, craftsmen, mechanics, smiths, welders, industrial workers, factory employees, and others as a symbol of respect.

They pray for the smooth operation of the machines and refrain from using their tools on Vishwakarma Puja day. They wish for a brighter future, safe working conditions, and, most importantly, success in their areas. Workers also pray for the smooth functioning of various machines. Images and magnificent idols of Lord Vishwakarma are exhibited at industries and workplaces on this day.

This year Vishwakarma Day is celebrated on the 5th of November.