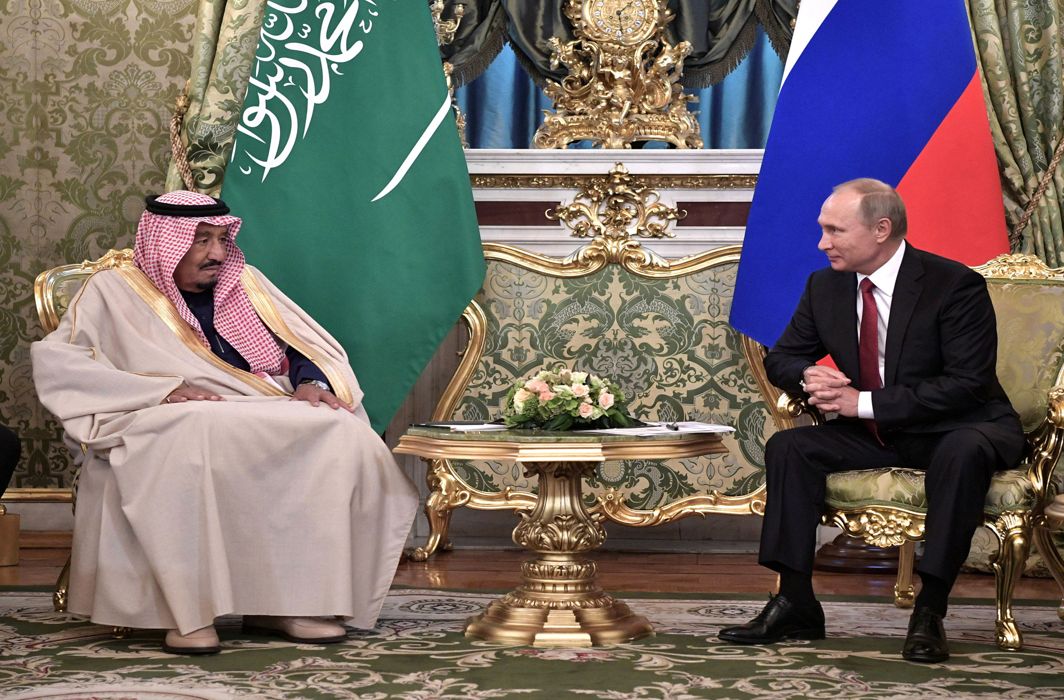 Russian President Vladimir Putin and King Salman of Saudi Arabia have discussed the situation in Syria and the results of Syrian National Dialogue recently hosted in Sochi. The two leaders held telephonic conversation, according to Kremlin’s press-service, quoted by TASS.

“King Salman reviewed relations between Qatar and a number other countries. The Russian side pointed out that the current crisis by no means contributed to the consolidation of joint efforts in the struggle against terrorist threat or to stabilization in the Middle East in general,” the Kremlin’s press-service said.

In early June last year, Saudi Arabia, Bahrain, UAE and Egypt had suddenly severed ties with Qatar alleging of its support to terrorism. Riyadh’s appeal to other “brotherly countries” to cut their ties with Qatar as well was not heeded by any county in the region, especially Kuwait and Oman, the remaining GCC countries.

Russian President and King of Saudi Arabia also discussed economic cooperation, trade and coordination of efforts in global markets. They also touched upon the situation in the “Persian Gulf”, the Kremlin announced.

Saudi Arabia and its Western Allies insist calling the gulf between Iran and GCC member Arab states as “Arabian Gulf” while Iran insists that it is “Persian Gulf” in accordance with UN charter. Russia is one of the closest allies of Iran in the present Middle East scenario.

The Kremlin statement further said, “In the light of agreements signed during the Saudi king’s visit to Russia in October 2017, [they] discussed a wide range of bilateral cooperation, primarily in trade and defence technology.”

Apart from that, King Salman offered his condolences on the recent plane crash near Moscow on February 11, killing 71 passengers and crew.

The agency further said that the two leaders “also discussed a number of regional and international issues as well as the Syrian crisis. The two leaders affirmed the importance of exerting efforts to reach a political solution and end the suffering of the Syrian people.”

They also reviewed “fruitful cooperation between the Kingdom and Russia in order to achieve stability” of global oil markets serving the growth of the global economy.

Russia played important role in defeating Daesh (IS) in Syria and is considered to be close ally of Iran as well. However, Saudi Arabia has been trying to influence Moscow’s Syria policy and convince its leadership to remove President Bashar al-Assad in Damascus.