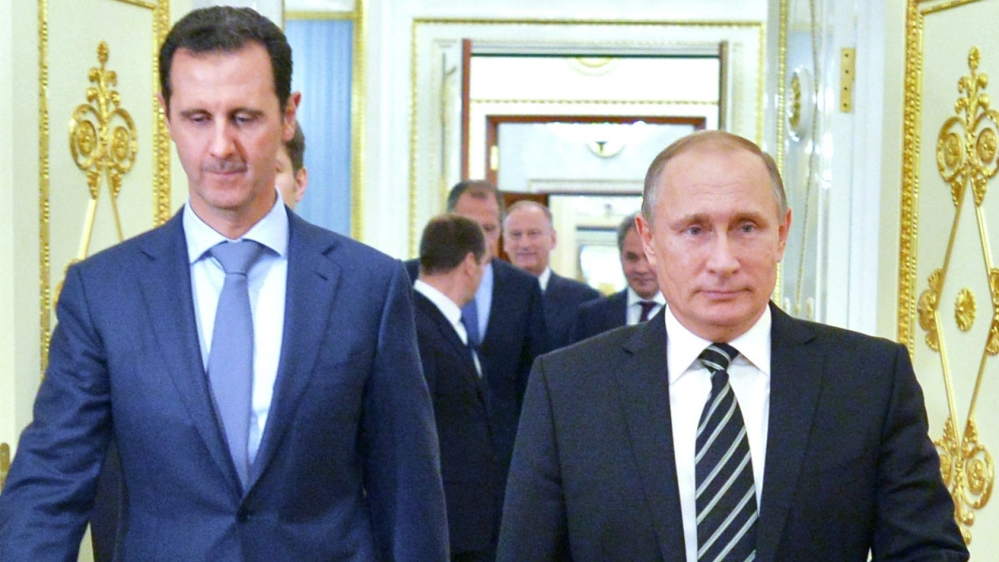 Russian President Vladimir Putin met with his Syrian counterpart Bashar al-Assad on Monday during an un-scheduled visit to a Russian base situated at Syrian port city of Khmeimim and ordered his troops to start withdrawing from the war-torn country.

According to Syrian official SANA news agency and state TV the meeting took place at the Air force base used by Russians, south of Latakia, while Putin made a stop on his way to Cairo where he is scheduled to see President Abdel Fattah el-Sisi.

The agency said “Presidents al-Assad and Putin reviewed the military forces at the Khmeimim base in the presence of the Russian Defense Minister and Chief of Staff of the Syrian Arab Army.”

President Putin ordered his Defense Minister and the Chief of General Staff to start preparation for withdrawing the Russian group of soldiers to their permanent bases. He said that if the terrorists appeared again in Syria, they will receive a blow they had never seen, the agency added.

Syrian President al-Assad thanked President Putin over Russia’s active participation in fighting terrorism in Syria, saying that what the Russian military achievement will not be forgotten by the Syrian people because of the blood of the martyrs of the two armies was mixed in the face of terrorists.

Meanwhile, Russia’s state news agency Novosti cited Putin as saying that “in general, the combat work in this territory is completed by the complete eradication of terrorists”.

Russia began its intervention as main ally of Syrian government in September 2015 following an official request from Damascus government for military help against the terrorist groups.

Since then, Russia has been conducting air strikes against groups opposed to the government. Moreover, Russian military advisors and special operations forces were stationed in Syria. Before the intervention Russia had been supplying arms to the Syrian army.

On November 22, President Bashar al-Assad met  his Russian counterpart Vladimir Putin in the Russian Black Sea resort of Sochi and discussed the progress in the fight against “terrorism” and the proposed political process in Syria.

International initiatives to end the war  in Syria over the coming  years include establishing four “de-escalation zones”  in the country with Russia, Turkey and Iran acting as guarantors.

According to estimates 465,000 people have died in the six year long conflict, and more than 12 million Syrians have been internally and externally displaced.