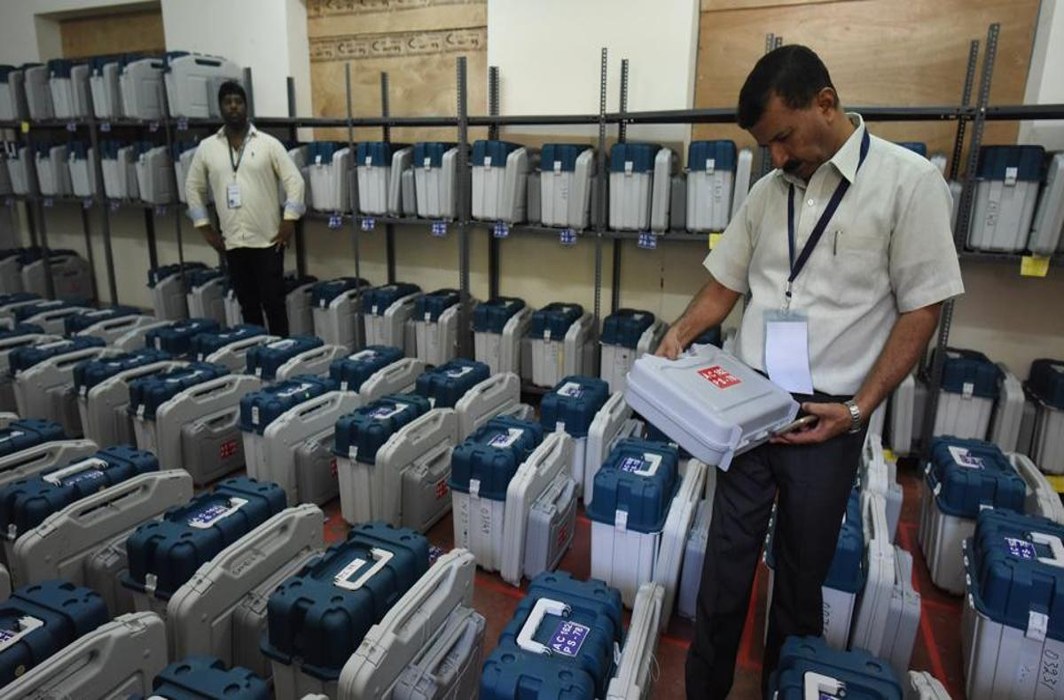 The SC Bench headed by Chief Justice of India Ranjan Gogoi agreed to a request made by counsel for petitioners senior advocate Abhishek Manu Singhvi for time to put the Opposition’s response to ECI in writing before the Supreme Court.

The EC, in a 50-page affidavit filed last week, had reiterated it was in favour of continuing the existing system of random checking of VVPAT slips from one EVM per assembly segment in each Parliamentary constituency for the 2019 Lok Sabha polls. It said “the present system has been adopted after detailed study and consideration of all aspects, and bringing into play all safeguards and checks as have been felt necessary.”

The Commission made its stand clear despite the Supreme Court’s recent strong observations in favour of an increase in the sample VVPAT slip counting for the forthcoming elections.

The Commission banks on a March 22, 2019 report of the Indian Statistical Institute (ISI) to buttress its case against increasing the VVPAT slips’ counting.

The ISI report recommends that a sample verification of 479 EVMs and VVPATs out of a total 10.35 lakh machine would lift confidence to 99.9936%. But Deputy Election Commissioner Sudeep Jain, who has authored the affidavit, said the ECI’s sample verification for the April-May Lok Sabha polls would cover 4,125 EVMs and VVPATs. “This is 8.6 times the sample size recommended in the Indian Statistical Institute report,” EC said.

The Commission, represented by senior advocate Aryama Sundaram and advocate Amit Sharma, submitted that no mismatch has been detected in mock polls or in the verification of VVPAT slips carried out at 1,500 polling stations till date.

EC said its confidence in EVM-VVPATs is sourced from their secure designs, elaborate procedural safeguards adopted for their usage, and finally the fact that there have been zero errors in sample verifications so far.

The affidavit said increased VVPAT slip counting would require extensive training and capacity building of election officials in the field. VVPAT slip counting takes place in specially erected VVPAT counting booths under the close monitoring of the returning officer and direct oversight of the observer.

The EC said that in many assembly constituencies, there are more than 400 polling stations, and it will require about eight-nine days to complete the VVPAT slip count. There will also likely be demands for a recount of the VVPAT slips, and this will further increase the time, the affidavit stated.

“The 50% Voter Verified Paper Audit Trail (VVPAT) slip verification in each assembly segment of a Parliamentary Constituency or Assembly Constituency on an average shall enlarge the time required for counting to about six days,” EC said.

It added that to alter the system “when polls are imminent and polling is to commence from April 11, 2019… might not be feasible”.

Appearing for the Opposition parties, senior advocate Abhishek Manu Singhvi submitted that the demand for random verification in at least 50 per cent EVMs with VVPAT was in the interest of free and fair elections, which is part of the basic structure of the Constitution.

Lok Sabha elections in the country are scheduled to be held in seven phases from April 11, 2019, to May 19, 2019. As per the schedule announced by the EC, the counting of votes for all phases will take place on May 23 and results will also be declared on the same day.

The Reserve Bank of India (RBI) has started the process of hiring law officers, managers, architects, and library specialists to fill 14...
Read more