Home Latest india news Walls of hatred erected in name of religion, dissent stifled, is this... 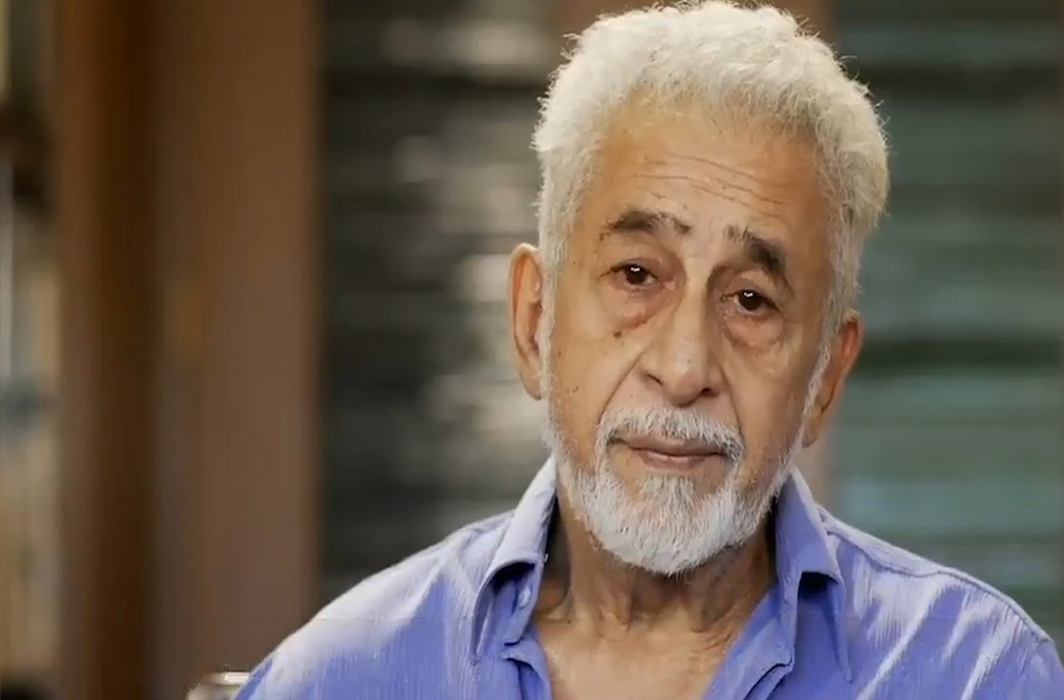 In another statement certain to invite trolls once again, noted actor Naseeruddin Shah said walls of hatred are being erected in the name of religion in India and those who stand against this “injustice” are being punished, there is no space for dissent, artistes, scholars, poets are being stifled, journalists are being silenced.

The actor said this in a video released on Friday by Amnesty India against alleged government “crackdown” on NGOs.

In the 2 minute 13 second solidarity video for the human rights watchdog, Shah said those who demand rights are being locked up. “Artistes, actors, scholars, poets are all being stifled. Journalists too are being silenced,” he said in the video message.

“In the name of religion, walls of hate are being erected. Innocents are being killed. The country is awash with horrific hatred and cruelty,” he claimed.

He said that those who stood against this “injustice” were having their offices raided, licences cancelled and bank accounts frozen to silence them so that they were deterred from speaking the truth.

Last year, five prominent activists were arrested over their alleged involvement in the Bhima Koregaon violence.

In response to the raids, Amnesty had accused the Modi government of “treating” human rights groups like “criminal enterprises”. “We could not agree more with the Prime Minister (Narendra Modi) when he says that periods of repression, like during the Emergency, have left a stain on India’s history. Sadly, those dark days are now casting a shadow over India again,” Amnesty had said in a statement.

Naseeruddin Shah starts by talking about the adoption of Constitution in India and then expressing concern over the oppression of the poorest.

He added, “From the beginning, its core value aimed at ensuring social, economic and political justice for everyone in India. For everyone have the liberty of thought, expression, faith and worship. For everyone to be treated equally. For every person’s right to life to be respected. In our country, those who helped save the homes, lands and livelihood of the poorest, those who speak not just responsibilities but of rights, and those who raise their voice against corruption-they are safeguarding that same Constitution.”

“But now, those who demand rights are being locked away. Artists, actors scholars, poets are all being stifled. Journalists too are being silenced. In the name of religion, walls of hate are being erected. Innocents are being killed. The country is awash with horrific hatred and cruelty. And those who stand against this injustice are having their office raided, their licence cancelled, their bank accounts frozen, their voice silenced. Only so that they are deterred from speaking the truth,” says Shah in the video.

“Is this where our country is headed? Had we dreamt of a country where there was no space for dissent, where only the rich and powerful are heard and where the poorest and most vulnerable are oppressed? Where there once was law, there is now only darkness,” he said in the video in Urdu.

Under the hashtag of #AbkiBaarManavAdhikaar, Amnesty said India had witnessed a massive crackdown on freedom of expression and human rights defenders.

“Let’s stand up for our constitutional values this new year and tell the Indian government that its crackdown must end now,” the Amnesty said.

Aakar Patel of Amnesty India, said it might seem that the odds were against human rights defenders and civil society in India at the moment, but human rights had always won and would this time also.

Shah had stoked a controversy last month in the wake of a mob violence that broke out in Uttar Pradesh’s Bulandshahr on December 3 over alleged cow slaughter when he had said that the death of a cow had more significance than that of a police officer.

The violence led to the death of two men, including police inspector Subodh Kumar Singh.

“I feel anxious for my children because tomorrow if a mob surrounds them and asks if you are you a Hindu or a Muslim, they will have no answer,” Shah had said.

A graphic of incidents since 2009: