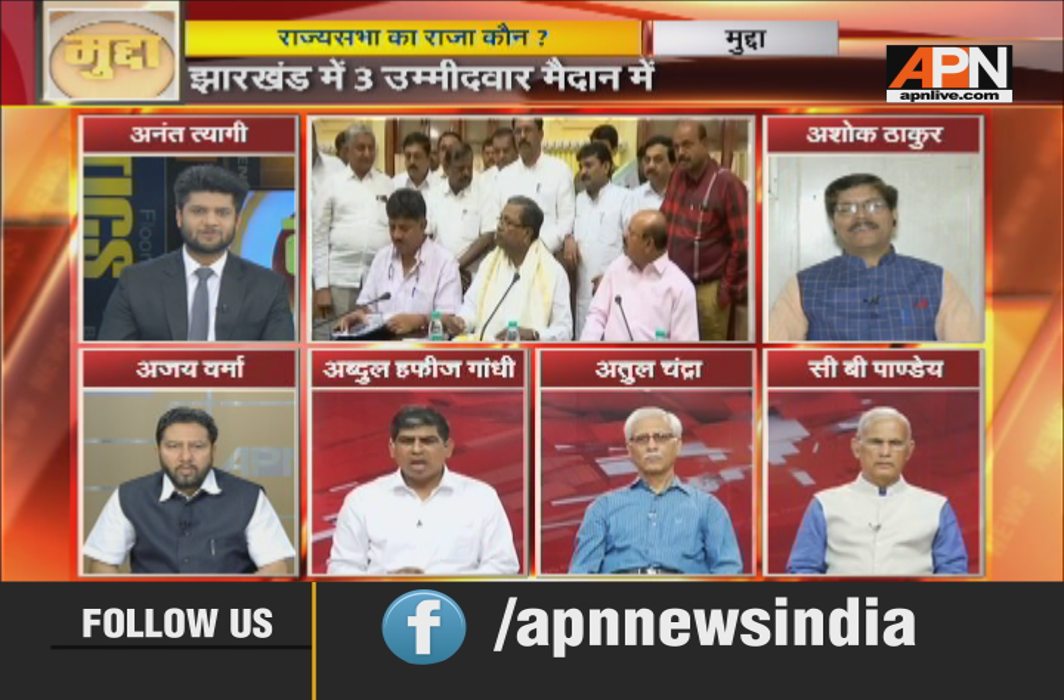 The first half of Mudda discussed elections for 59 Rajya Sabha seats, across 16 states, as 59 of the Upper House members are completing their tenure by early next month. While the BJP is expected to fare well as it has the required numbers, the Opposition is trying hard to give a tough fight to the saffron party.

Ashok Thakur when asked whether it was correct to vote for another party while you belong to another, said that it is an election and it is the right of everyone to get votes. This was in the backdrop of news reports claiming that BSP MLA Anil Singh cross-voted for BJP. The Congress took a jibe at the BJP spokesperson saying that the 125 crore Indians are listening to what BJP has to say on the matter and will give an apt reply in 2019 by voting BJP out of power.

As it is said that politics make strange bedfellows, Congress also extended its support to BSP candidate Bhimrao Ambedkar. Thakur took the credit for this change saying that the Congress who always opposed Dr. Bhimrao Ambedkar has finally supported him for once. However, the spat got ugly as the BJP spokesperson shifted the matter to Rahul Gandhi visiting temples saying that those who moved around wearing cross have adopted Hinduism finally.

Pallav Sisodia while talking about cross voting said that if the party members cross-vote against the whip of the party, then they can be disqualified, however, there was no provision to cancel the vote whatsoever.

The other half of Mudda discussed the Delhi high court setting aside the Election Commission’s order disqualifying 20 MLAs of the Aam Aadmi Party.

Pallav Sisodia while commenting on the high court’s decision said that Election Commission is a quasi judicial body and the AAP MLAs had contended that they were not allowed to keep their stance, and therefore it was clear that the high court would certainly vouch for everyone to have a fair chance to keep their arguments.

Atul Chandra said that it was definitely a big moral victory for the Aam aadmi Party and if the Election Commission also happens to revoke the disqualification of the MLAs, then the party would be contesting the next election with more enthusiasm.