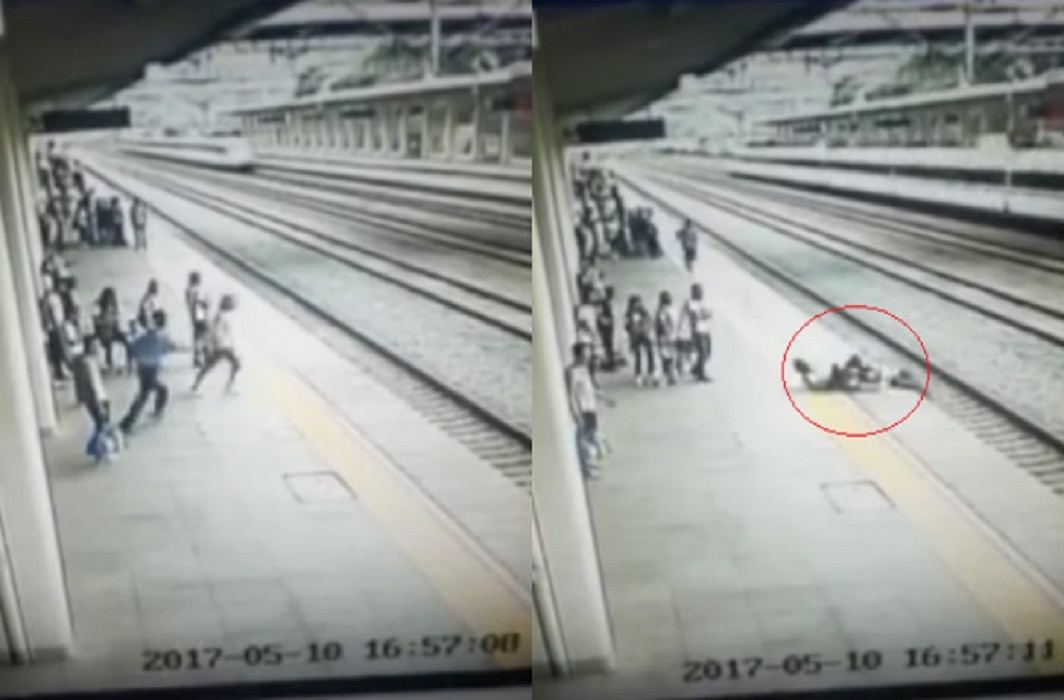 The man, who becomes alert when he sees the woman racing towards the tracks, goes behind her and grabs her arm.

A man in China who acted quickly saved a woman’s life before she could jump in front of a train. The video, reportedly captured on a railway station surveillance camera shows the woman, a student, frantically running towards the approaching train, minutes before it reached the station.

The man, who becomes alert when he sees the woman racing towards the track, grabs her arm from behind before she attempts to jump.  The man falls but does not let go of the woman. Two more people join the man to help as the train arrives and stops on the platform.

CGTN reported the incident happened at Putian station in Fujian province in Southeast China on May 10.

The man reportedly is a railway employee, and got injured in his brave attempt to save the woman.