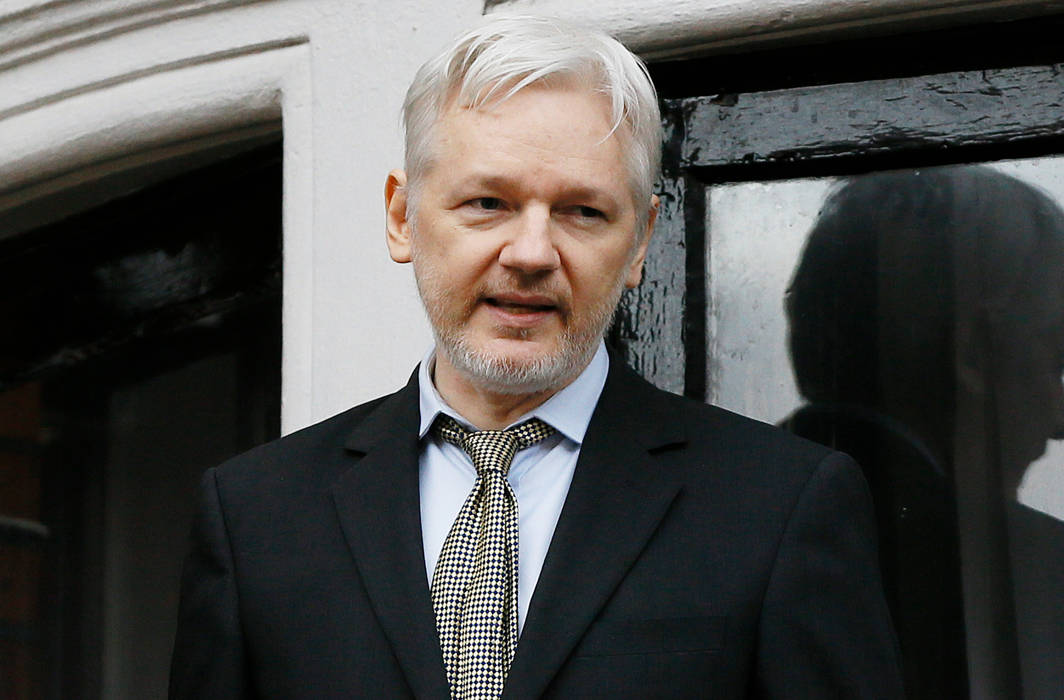 WikiLeaks founder Julian Assange was today (Wednesday, May 1) sentenced to 50 weeks jail term by a British court for jumping bail seven years ago to hole up in the Ecuadorian embassy for almost seven years.

The Australian secret-spiller sought asylum in the South American country’s London embassy in June 2012 to avoid extradition to Sweden, where he was wanted for questioning over rape and sexual assault allegations. He faces a separate legal fight against a US extradition request. American authorities have charged him with conspiring to break into a Pentagon computer system.

Judge Deborah Taylor read out the sentence as Assange, in a black jacket and grey sweatshirt, looked on. Taylor said Assange had exploited his privileged position to flout the law and express his disdain for British justice, according to media reports.

He was convicted last month of skipping bail in June 2012 after an extradition order to Sweden over an allegation of rape. The maximum sentence was a year in jail.

“You remained there for nearly seven years, exploiting your privileged position to flout the law and advertise internationally your disdain for the law of this country,” Judge Taylor said at Southwark Crown Court.

She said that it had cost taxpayers 16 million pounds ($21 million) to ensure that Assange was arrested when he left the embassy.

Assange supporters chanted “shame on you” as the judge read out the verdict.

Assange was accused by two Swedish women of sexual assault and rape in 2010. Assange, who denied the allegations, fought through the courts to get an extradition order and the preliminary investigation dropped.

Just hours after Assange was removed from the Ecuadorean embassy in London on April 11, US prosecutors said they had charged Assange with conspiracy in trying to access a classified US government computer.

WikiLeaks angered Washington by publishing hundreds of thousands of secret US diplomatic cables that laid bare often highly critical US appraisals of world leaders, from Russian President Vladimir Putin to members of the Saudi royal family.

Assange made international headlines in early 2010 when WikiLeaks published a classified US military video showing a 2007 attack by Apache helicopters in Baghdad that killed a dozen people, including two Reuters news staff.

To some, Assange is a hero for exposing what supporters cast as abuse of power by modern states and for championing free speech. But to others, he is a dangerous rebel who has undermined US security.