World Boss Day 2021: From The Office’s Michael Scott to The Bold Type’s Jacqueline Carlyle, best show bosses we would love to work for 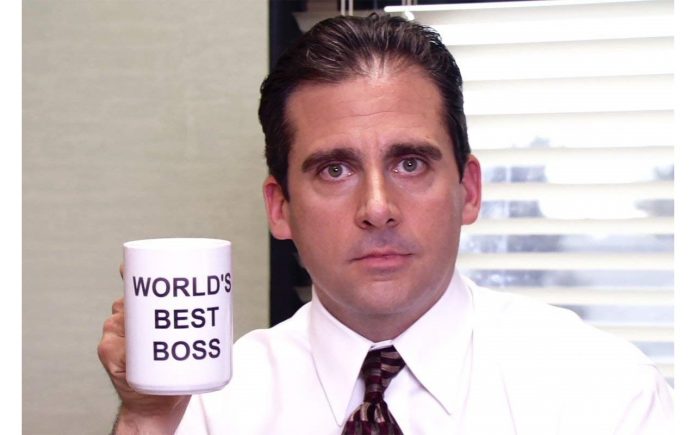 The Bosses Day or Boss’s Day is observed every year on October 16. This day is celebrated to appreciate the efforts of the Boss in making the team work in coordination and for all the free wisdom the employees get. Bosses Day is also observed to celebrate the employee-employer relationship, so on this day, we have listed down 5 best bosses from the shows that anyone would love to work for, as they bring all the charisma and of course the fun-work environment, that makes us all say– let’s get going.

5 Best Bosses from shows that we would love to work for:

Michael Scott from The Office

If we are talking about the best bosses and we don’t add the name of Michael Scott, that would be downright so unfair! Michael Scott was the boss that would make us all go ROFL with his jokes, silly moves, and the attitude of not letting work pressure get onto him. He was supportive, creative, and all things nice, so who wouldn’t love to work with him. And, if this was not enough to convince you then just think about all the parties and of course the disaster prank.

Jacqueline Carlyle from The Bold Type

Jacqueline Carlyle is the type of boss whose aura makes you grow and motivates you to do greater things in life. Jacqueline is the type of boss who makes sure to stand up for every team member and she believes in doing the right things but in style. From boldly speaking her mind to letting her colleagues be free to think about ideas, Jacquline surely gave us all the boss goals and we would love to work with her.

Even though Lorelai was into a business but she had all the amazing qualities of a boss/ leader. Lorelai was the person who noticed minute details and used to make that finer as she wanted everything to be perfect, so working under people who looks for perfection with a gaze of creativity makes you grow from within, so who wouldn’t want to grow in such a way.

Rani from Bombay Begums just proved that if she can do it, you can too. A small-town girl who became the CEO and made sure to leave her mark with her work is the kind of energy we should look for in a boss, as they motivate us to do great things in life. Apart from this, they also give us lessons that nothing is impossible in this world because there are several possibilities, so why don’t you just do it.