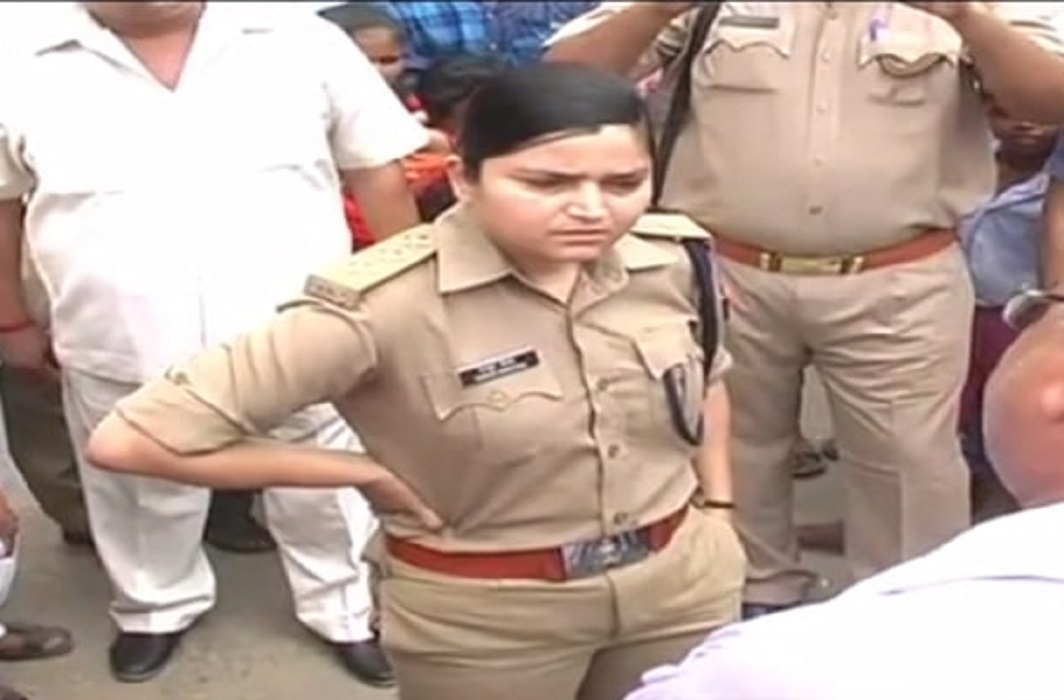 In a swift move U.P. government has transferred 234 police officers on Sunday. Among the transferees included senior officer Shreshtha Thakur who stood up to bullying by a group of BJP workers in Bulandshahar.

Shreshtha Thakur made headlines after her video went viral on social media. She was seen reprimanding unruly BJP workers. Thakur had later sent 5 of them to jail for creating obstacles for officers discharging government duties.

Ms Thakur has been transferred to Bahraich from Bulandshahr.

The transfer came after the insistence of local BJP leaders, who said it was necessary to lift the morale of the party workers.

“We had complained to the high command about this. We told our senior leaders that the officer does not know how to deal with the public,” said  Himanshu Mittal, the Bulandshahar  BJP president.

The incident took place on June 23, when a local BJP leader was arrested by Mittal for not carrying appropriate driving document. Party workers soon gathered at the spot and protested by raising slogans against the police.

In the video, Thakur was seen reprimanding the protesting BJP workers saying no one was above law and she was not afraid of them and will continue performing her duty.

“You please go and get written orders from the Chief Minister that the police have no right to check vehicles… that we can’t do our job,” she was heard saying.